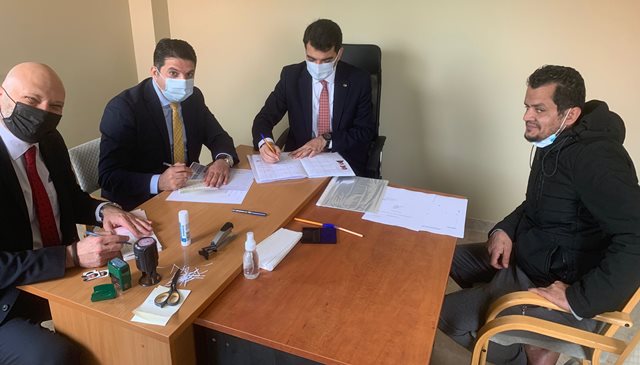 Shafaq News/ Iraq’s Ministry of Foreign Affairs announced, on Monday, that it had sent a consular delegation to the joint border between Lithuania and Belarus for granting laissez-passer passports to citizens wishing to return voluntarily.

The Ministry’s spokesperson said that the Ministry of Foreign Affairs responds to several Iraqi immigrants’ appeals. Therefore, the Embassy in Poland sent a consular delegation to the joint border between Lithuania and Belarus to help Iraqis who wanted to return by granting them laissez-passer, in addition to following up others’ living conditions and their humanitarian needs.

It’s noteworthy that on these borders, dozens of Iraqi citizens who immigrated illegally were shocked by the strict security measures taken by the border guards, which sometimes resulted in the killing and beating of immigrants.

Lithuania's MoFA: Iraq was the first responder during the migrants crisis

EU to aid Lithuania as migrants pour in from Belarus