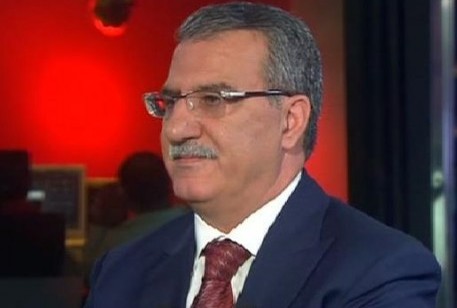 Shafaq News/ The representative of the Takadum Party, Zafer Al-Ani, said on Friday the “uncontrolled weapons and the growing influence of militias” do not provide a safe environment for holding elections.

Al-Ani said in an exclusive interview with Shafaq News Agency, "the government's failure to put an end to these practices may help to lower the rates of public participation (in the upcoming elections)."

"the US forces staying or leaving the Country is the Government’s decision in accordance with its need for international assistance in combating terrorism.” He added.

On targeting the US forces, he said “it plunges Iraq into security problems and weakens the Iraqi state."

Al-Ani pointed out that "these hostilities do not meet national interests, but rather reflect the Iranian desires to which these militias are linked, to use them as a card in their negotiations with Washington over the nuclear file."

since the beginning of this year, more than 40 attacks have targeted US interests in Iraq, including the US embassy in Baghdad and Iraqi military bases that include Americans troops, as well as logistical convoys of the Global Coalition.

No groups claimed responsibility, but Washington accuses armed Iraqi factions linked to Iran of being behind the attacks.

Iraqi political forces may reverse its decision and run the elections, official says