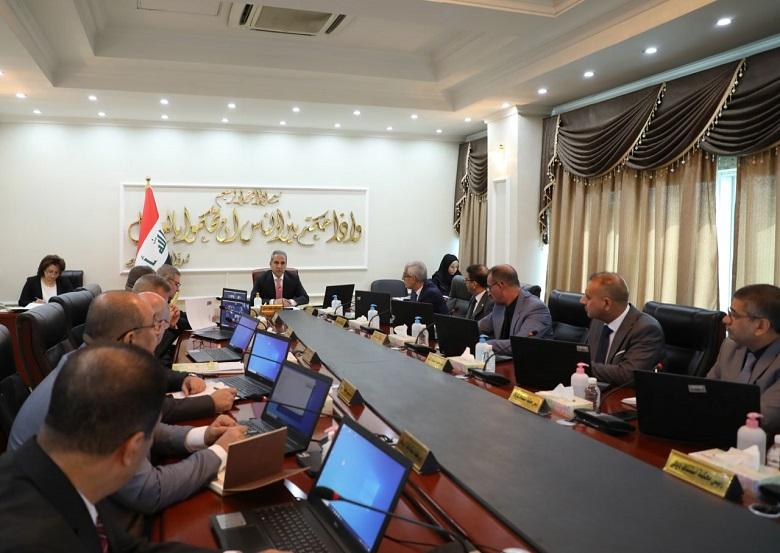 Shafaq News/ Iraq's Supreme Judicial Council dismissed a public request made by the powerful Shiite cleric Muqtada al-Sadr to dissolve the parliament but agrees with his view of the poor prognosis of the current political situation in the country.

The council convened on Sunday morning under the chairmanship of Chief Justice, Judge Faiq Zeidan, who presides over the federal court of cassation, to ponder al-Sadr's request.

A press release issued after the meeting said that the council "agrees with al-Sadr regarding the negative diagnosis of the political situation in the country and the continuing violation of the constitution."

"The chair of the council has shed light on those issues on many occasions and suggested amending some of the relevant provisions of the constitution to avoid repeating them," the press release added.

The council said that civil organizations, politicians, scholars, and media persons filed a similar request to dissolve the parliament before the Council back in March 2022.

"The answer was that the Supreme Judicial Council does not have the powers to dissolve the Council of Representatives," the press release added.

"The duties of the Council are specified in Article 3 of the Supreme Judicial Council's law no. 45 of 2017. It is related in general to running the judiciary," the press release said, "it does not include any article that allows the council to intervene in the affairs of the legislative or executive authorities pursuant to the principle of separation of powers stipulated by Article 47 of the 2005 constitution of Iraq."

The Council urged "the political forces to refrain from involving the judiciary in the political disputes and contests. The Council stands at a midpoint between all the parties."

Powerful Iraqi Shiite Muslim cleric Muqtada al-Sadr on Wednesday called on the country's judiciary to dissolve parliament by the end of next week, threatening unspecific consequences if it does not do what he says.

The populist leader has helped inflame tensions in Iraq over the last two weeks by commanding thousands of followers to storm and occupy parliament, preventing the formation of a government nearly ten months after elections.

His political opponents in the Coordination Framework, mostly fellow Shiites backed by Iran, have refused to accede to al-Sadr's demands, raising fears of fresh unrest and violence in a conflict-weary Iraq.

Al-Sadr's proposal is consistent with the reform paper, the Ministry of Finance says

Attempts to convince al-Sadr to participate in tomorrow's dialogue-sources