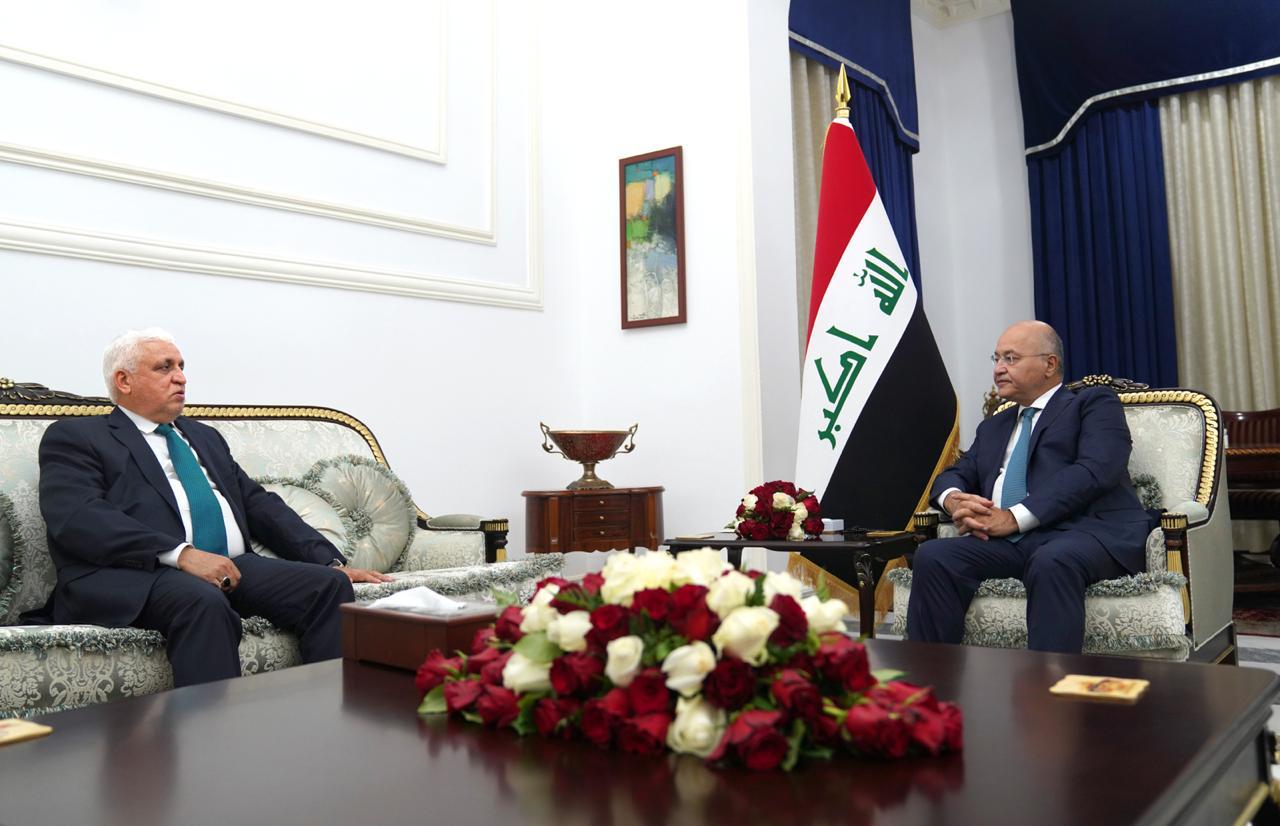 “Saleh received in the Al-Salam Palace in Baghdad, the head of the Popular Mobilization commission, Falih al-Fayyad, and discussed several issues including combating terrorism; reinforce the capabilities of the state’s authority and security departments, and ways of preventing the illegal weapons." A statement by the Presidency of the Republic said.

Washington blames such attacks on Iranian-backed militia groups. Iran has not directly commented on the incidents but little-known groups believed to be connected to Iran-aligned militias have claimed some attacks.