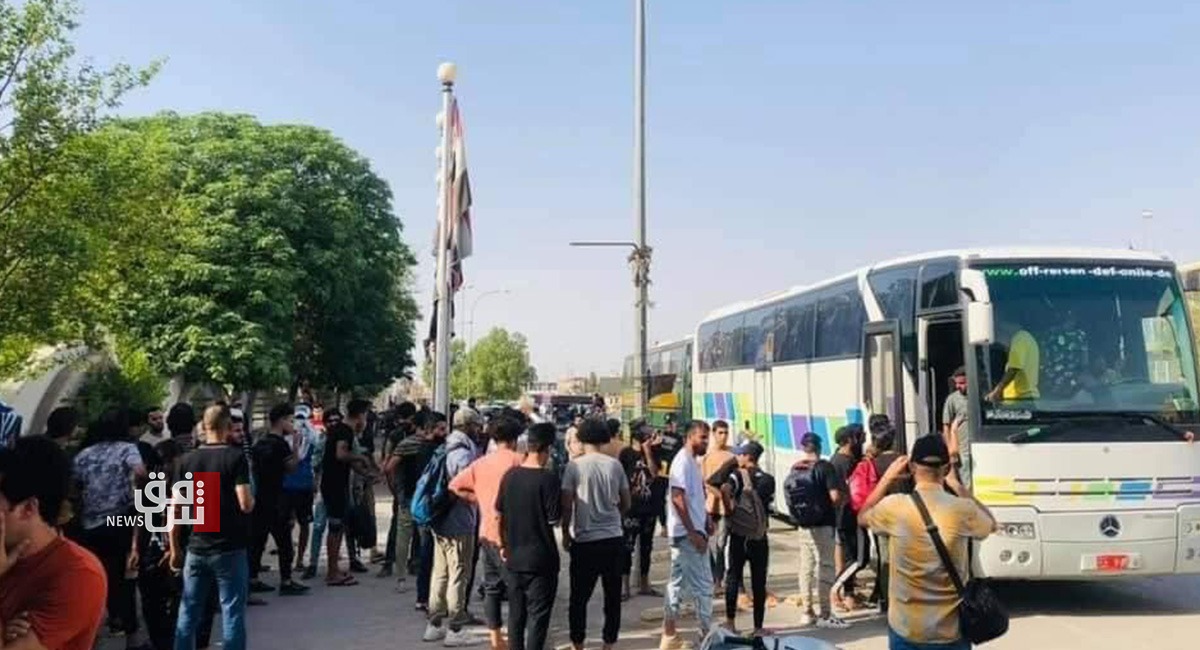 Shafaq News / Dozens of citizens from Dhi Qar governorate who joined, on Wednesday, the first group of protesters to support the Palestinian people against Israel arrived in Al-Anbar Governorate.

The group supervisor, Abbas Atiah told Shafaq News Agency, "About ten big buses carrying about 500 people are headed to the Jordanian borders to support the Palestinian people in their war against Israel."

"We have no contact with any official but Lt. Gen. Abdul Wahab Al-Saadi, the commander of the Counter-Terrorism Service, who ensured that large security forces would accompany us along the way, in coordination with the Anbar Operations Command."

Earlier, Atiah stated, "The buses will try to enter the Jordanian lands by force, reaching the Israeli borders, to protest there and deliver a message that Israel must evacuate the Al-Aqsa Mosque and return it to its people, and if Israel refused this, then a man-to-man confrontation could take place."

Concerns have been growing over the worsening humanitarian situation in Gaza, as the conflict raged for a 10th day, pushing the Palestinian death toll to more than 220 people -- including more than 60 children --.

Earlier, The Palestinian ambassador to Baghdad, Ahmed Akl, praised the official, political and popular Iraqi position regarding the current events in Palestine.

Akl told Shafaq News Agency, "The Iraqi President, Barham Salih, announced in a phone call with the Palestinian President and Prime Minister that Iraq is ready to provide support to the Palestinian people."

Akl added that "the speaker of the Iraqi parliament, Muhammad al-Halbousi also called for a meeting of Arab parliaments," noting that "all Iraqi political parties and forces had good positions."

He pointed out that "the most important Iraqi position was that of Ayatollah Sistani, in which he described what is happening in Palestine as a crime and that all Muslim Arabs should stand by the Palestinian people and support them in order to confront this aggression."