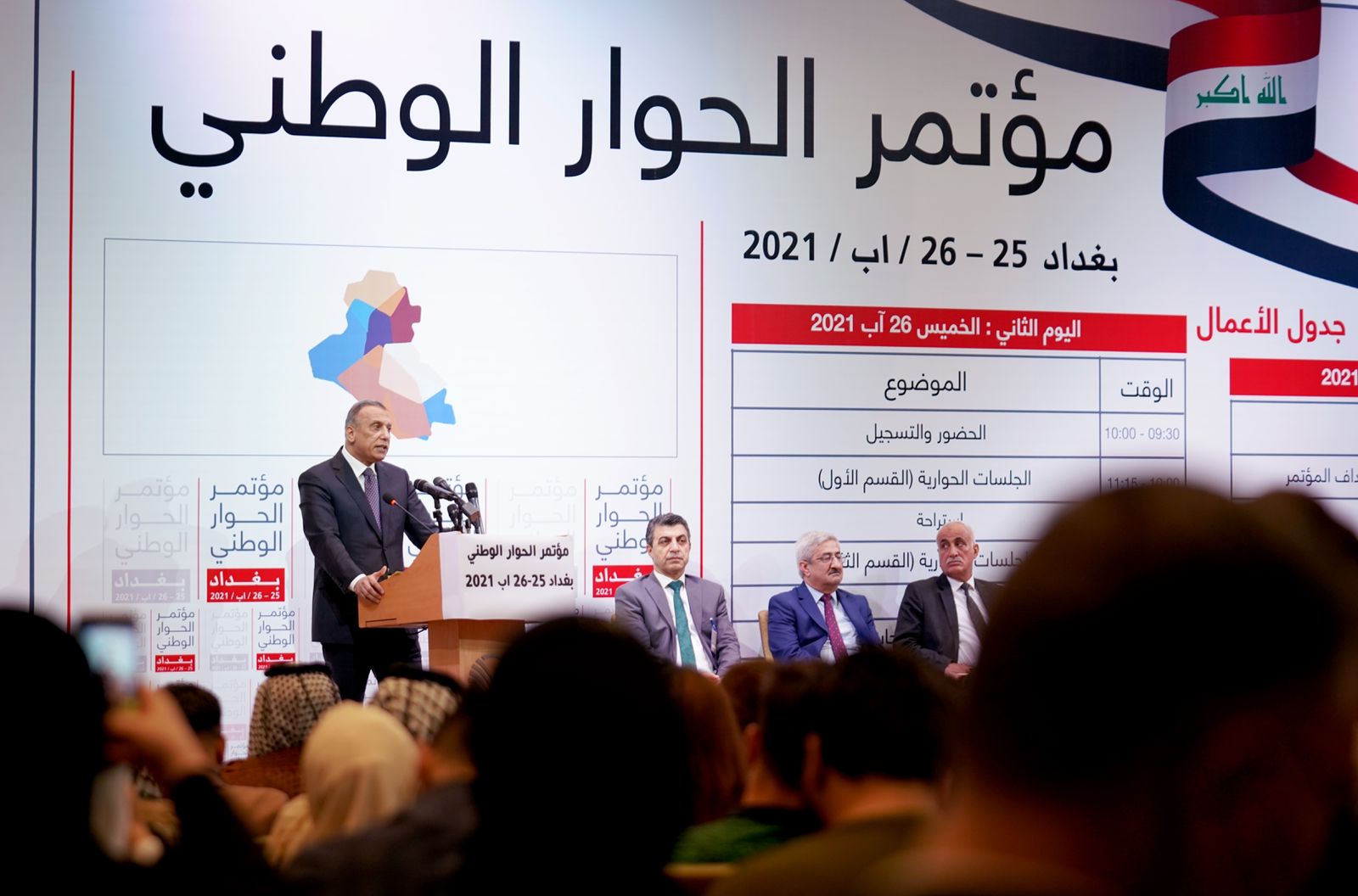 Shafaq News/ The Iraqi Prime Minister Mustafa Al-Kadhimi renewed his position to hold the early elections on their scheduled date, on October 10.

Al-Kadhimi delivered a speech during his participation in the National Dialogue Conference, saying that "the responsibility is grave because the main problem in Iraq was neither a problem of demonstrations nor a difference of opinions or ideas, but rather a lack of confidence."

The Prime Minister indicated that his government accepted the responsibility based on a roadmap consisting of three main points, " to reach fair and early elections, to ensuring the security of the citizen and combating uncontrolled weapons, and to address the consequences of the painful events of October 2019."

"We are still sticking to the election date on the tenth of next October because we are faithful to our word before our people."

Al-Kadhimi called on the next government to "complete building security and military capabilities and prevent all armed manifestations outside the framework of the state."

He affirmed his determination to "prevent Iraq's involvement in regional and international quarrels," adding that "we adopted the principles of good neighborliness with our neighbors and friends and restored relations regionally and internationally for the benefit of the Iraqi people."

On the Iraqi foreign relations, he considered them "the best for many years." Adding that the international and regional participation in Baghdad Conference for Cooperation and Partnership to be held on the Iraqi territory (on Saturday) represents a reflection of Iraq's favorable foreign policy that "opens new doors for cooperation and support for Iraq in all fields."

He continued, "We have prepared the reform white paper to be a road map to save the Iraqi economy from the slavery to oil prices, and move it to be effective and productive in the coming years."

"The time for adventures is over. Today is hard work, and elections are the criterion for choosing who will confront this work and gain the people's trust. Therefore, participate and support the elections; choose your representatives." He concluded.