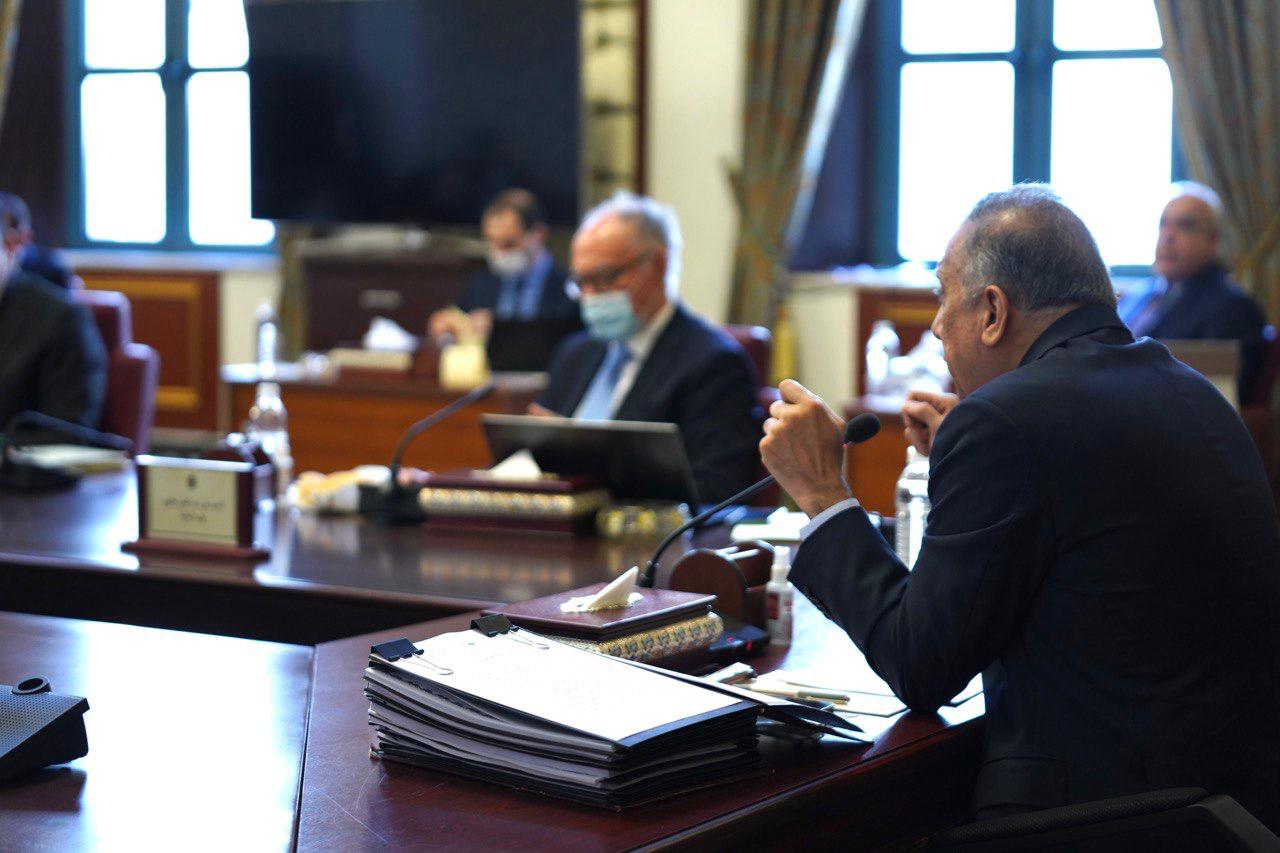 Shafaq News/ Iraq’s Prime Minister, Mustafa Al-Kadhimi, headed on Tuesday a regular session of the Council of Ministers, which was devoted to discussing the Al-Hussein Teaching Hospital incident.

Al-Kadhimi offered his "sincere condolences and sympathy to the families of the martyrs and the wounded in the tragedy of Al-Hussein Hospital in Nasiriyah,” and directed to deport critical cases of the wounded outside Iraq.

According to a statement by his office, the PM said "the responsibility is now bigger because of repeating the painful incidents, which coincide with attempts to disrupt the national electricity network and blow up energy transmission towers, and some attempt to destabilize internal security and spread chaos, in addition to the economic challenges in the country.”

He stressed, "We have taken steps in holding the abuser accountable and addressing the defect, as happened the previous time, which is our responsibility towards our people and the families of the martyrs in particular, stressing that the negligent and those who manipulate the lives of citizens are held accountable according to the law."

"the incident of Al-Hussein Teaching Hospital in Nasiriyah indicates the defect in the administrative structure of the state,” indicating the urgent need to launch an administrative reform, the most important of which involves “separating administrative work from political influence."

Al-Kadhimi said, "The investigation will lead to identify the direct negligence,” expressing hope that the negligence is not intentional, as “our patriotism never accepts the idea that the Iraqi kills his brother for a political goal, or for a position."