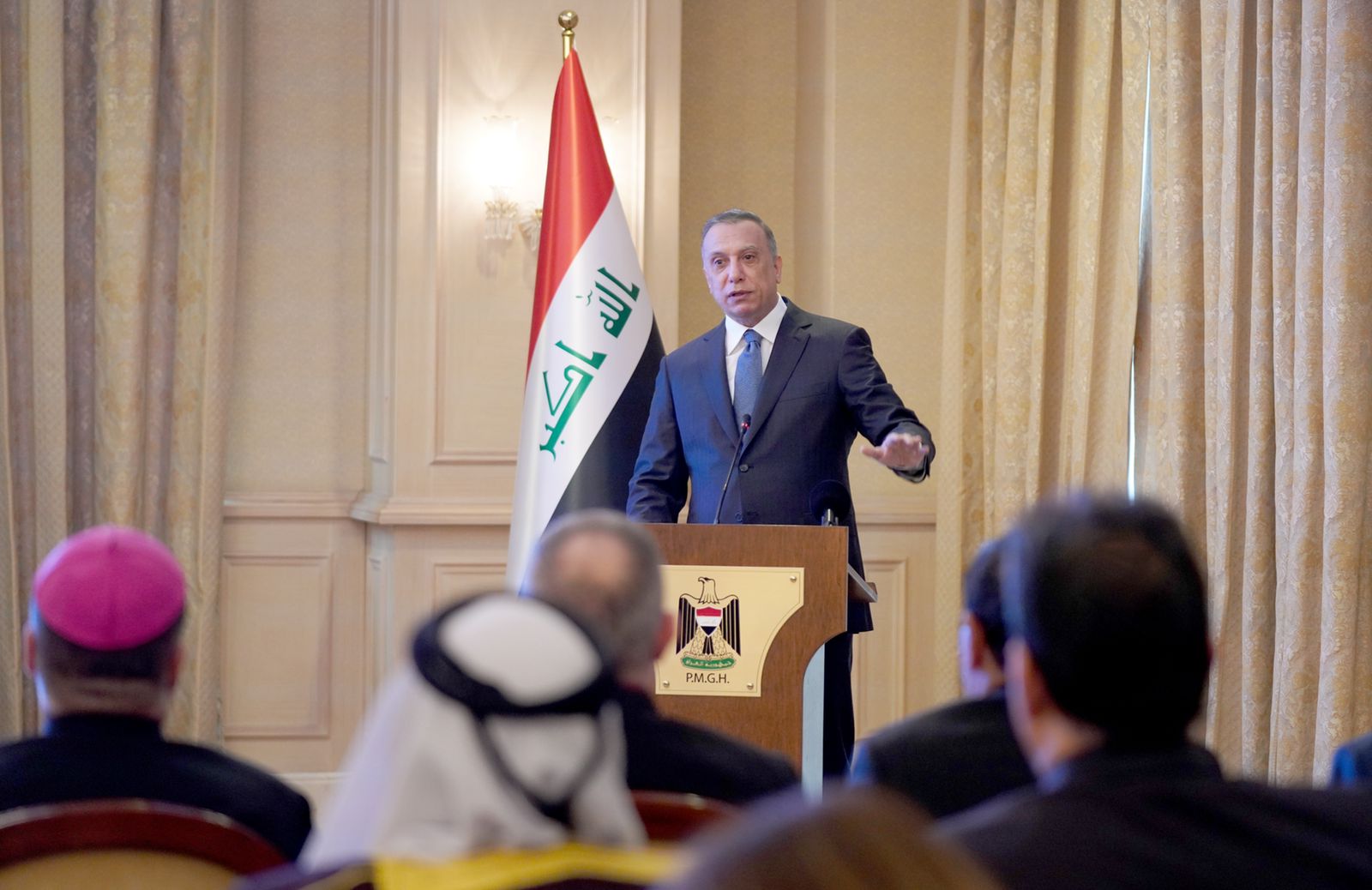 Shafaq News/ On Wednesday, the Commander-in-Chief of the Armed Forces, PM Mustafa Al-Kadhimi, directed to open an investigation into shooting demonstrators in Nasiriyah, the center of Dhi Qar Governorate.

In a statement, the Security Media Cell said that Al-Kadhimi is following up with "great interest" the current situation in Dhi Qar, which resulted in three protesters' injuries.

The Commander-in-Chief of the Armed Forces, "directed to take the necessary legal measures, to hold accountable those who caused this incident, to open an urgent investigation, and to treat the injured immediately."

According to Al-Kadhimi, Al-Kadhimi "confirmed his previous directives not to use force or shoot against demonstrators demanding their legitimate rights."

Clashes erupted on Wednesday between law and enforcement and demonstrators demanding dropping "malicious charges" filed against them in Nasiriyah, Dhi Qar's capital city.

Eyewitnesses told Shafaq News Agency that the security forces fired shots in the air to disperse the demonstrators who gathered near al-Baho (the Hall) crossroad, downtown the city.

"The demonstrators dispersed, and the wounded persons were transferred to the hospital by a civilian vehicle for treatment," according to eyewitnesses.

The Governor of the southern governorate, Ahmed al-Khafaji, demanded the Commander-in-Chief of the Iraqi Armed Forces, PM Mustafa al-Kadhimi, to dispatch an investigation team to look into the circumstances of the incident.