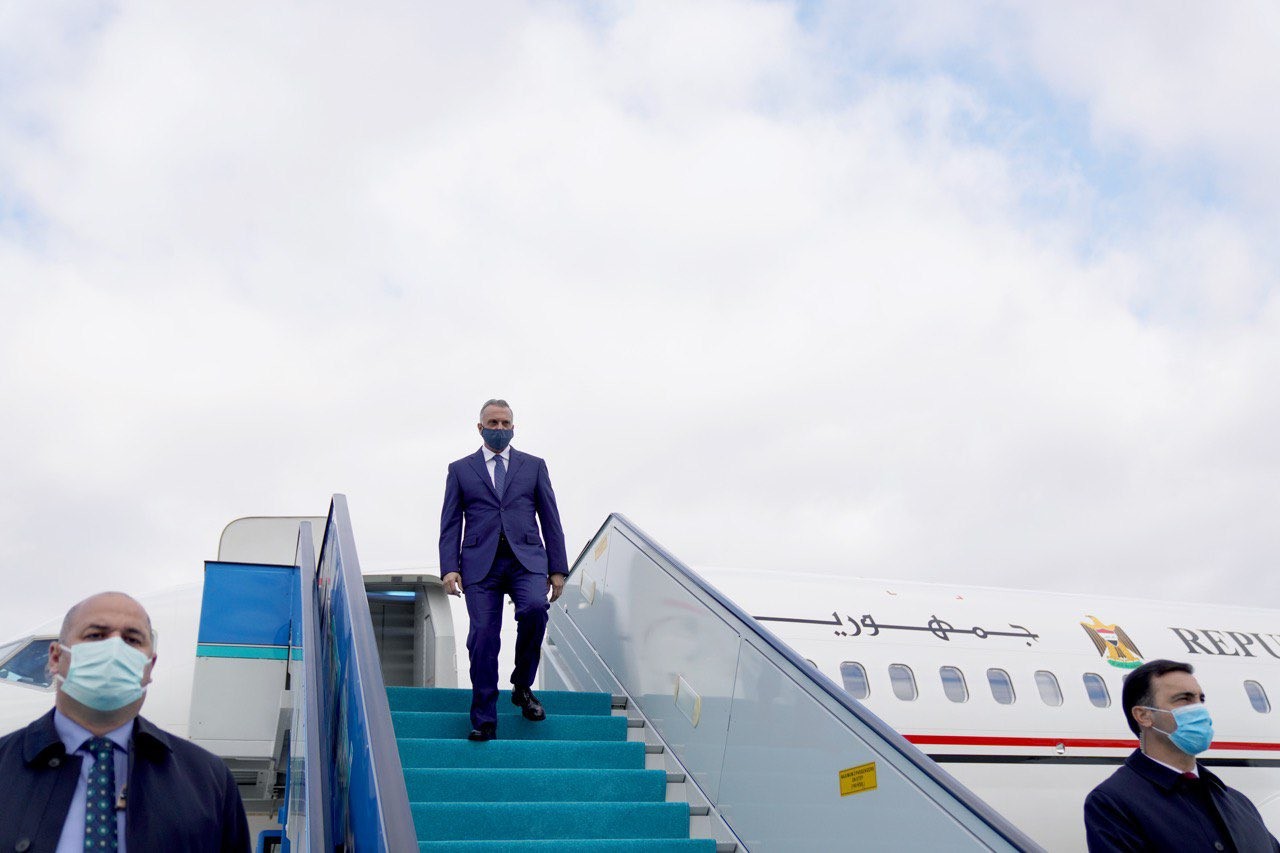 According to the PM media Office; Al-Kadhimi was received by a number of ministers, heads of bodies, and social figures.

Al-Kadhimi said his visit established "the foundations of the permanent relationship and partnership with the United States in various fields, the most important of which are security, economy, health, education, culture, energy, environment, investment and other outlets of constructive bilateral cooperation."

He stressed that "what was agreed in our talks was that no US combat forces would be present in Iraq on December 31, 2021," adding that "Iraq is continuing its quest to provide decent opportunities for its people, and to find new beginnings for everything that contributes to serving the citizens."

Al-Kadhimi expressed his thanks and appreciation to "the Iraqi national political forces; for their support of the government's efforts and agreement with the American side.”

He pointed out that the Iraqi government and people are proud of "what was achieved in favor of preserving our heritage by returning 17,000 antiquities, which were received from the United States, and brought with the delegation on the same Airplane."

The Prime Minister reiterated his confidence in the people's participation in the October 10, 2021 elections, noting that "the boycott will not serve anyone and that there is serious work to hold the elections."