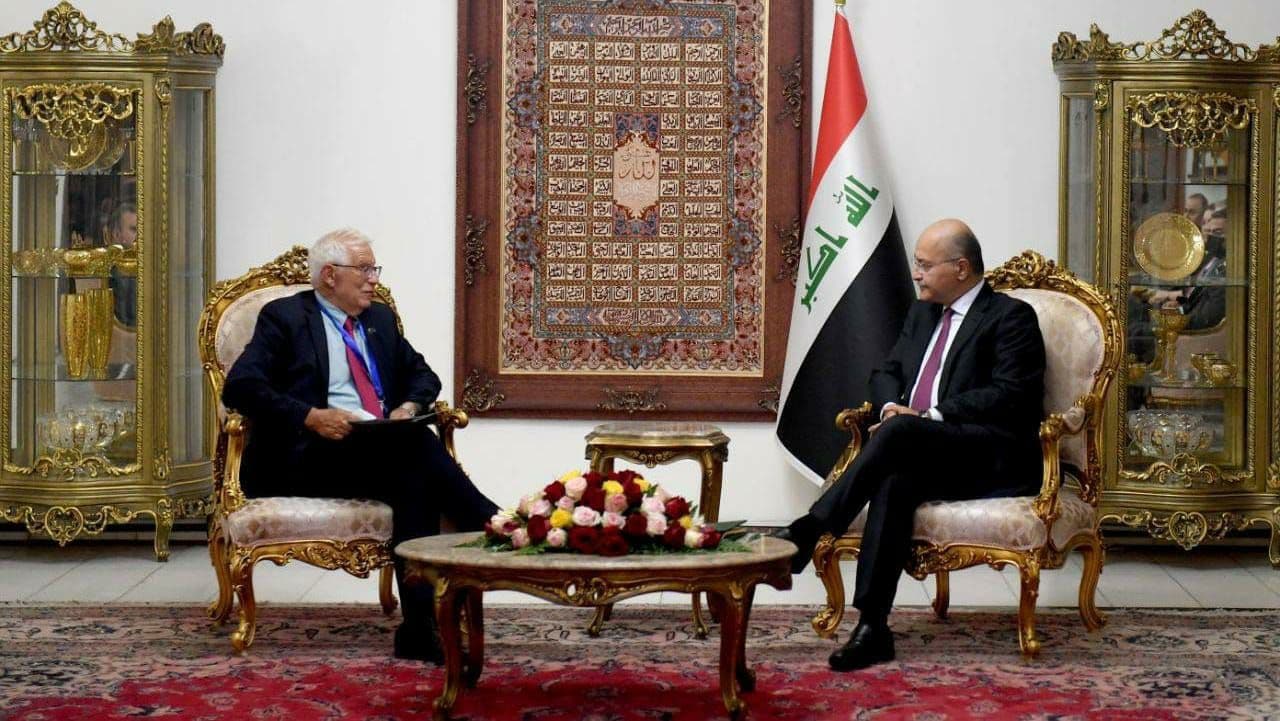 Shafaq News/ On Monday, the President of Iraq, Barham Salih, called on the European Union to help Iraq developing its economy and recovering smuggled funds.

The Presidency's Media Office stated that Salih received today in Baghdad, the High Representative of the European Union for Foreign Affairs and Security Policy Josep Borrell. They discussed the importance of strengthening and developing relations in various fields.

Salih praised the EU's support to Iraq during the past years in the political, security, humanitarian, economic fields, service projects, and reconstruction.

He stressed "the importance of cooperation on several issues, most notably the continuing war against terrorism."

The Iraqi President urged the European Union to help Iraq in "developing its economy, helping fighting corruption and recovering looted and smuggled Iraqi funds, and supporting Iraq in confronting the climate change crisis."

He affirmed "Iraq's keenness to strengthen bilateral ties with the European Union in various fields, and to benefit from the European experience," pointing to the need for cooperation to ease tensions in the region and establish peace."

For his part, Borrell confirmed the European Union's commitment to support Iraq in various fields, and to support its security and stability, praising "the progress made in Iraq and its adoption of a balanced policy that seeks to ease regional tensions."

Saleh highlights the need for the "International observation over the elections"