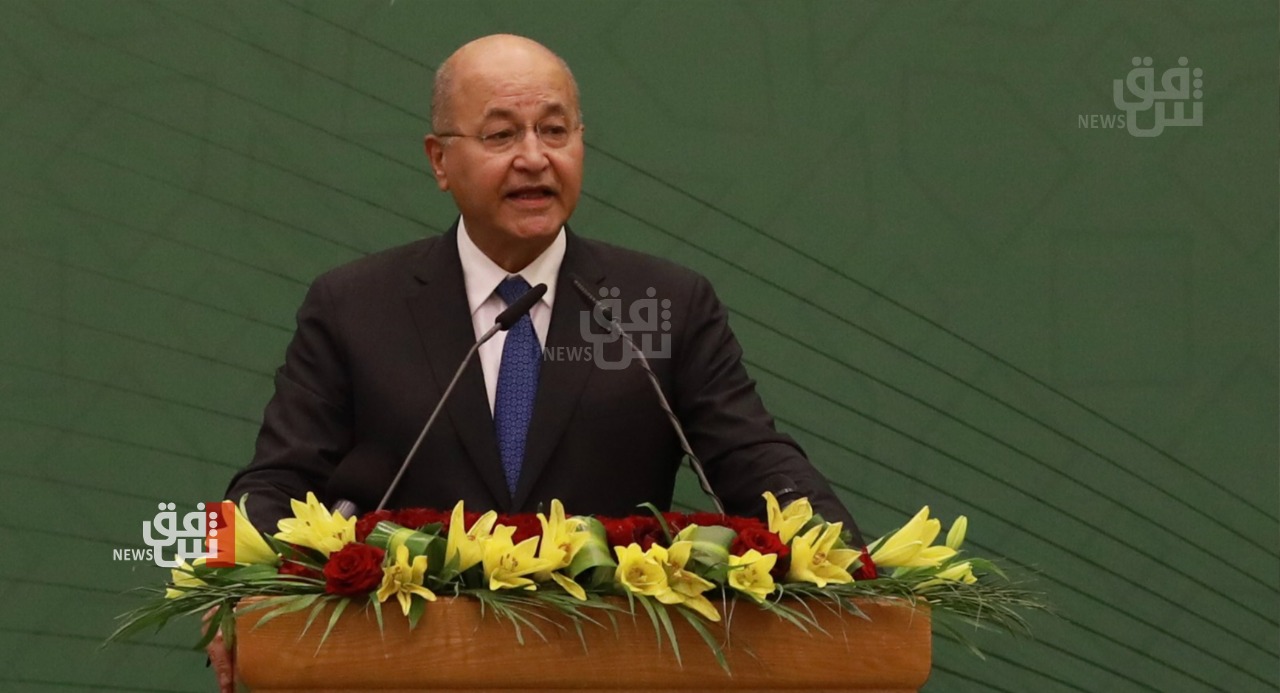 Shafaq News/ The Iraqi President, Barham Salih, expressed concern about the "political deadlock" and the failure to form a government.

Speaking at the 41st anniversary of establishing the "Badr" organization, Saleh said, "the current political problem in suspending the constitutional dues, and delaying five months in forming a new government, has become worrying and unacceptable, and it could lead to a critical situation.”

“For those who want Iraqis to get busy with internal conflicts that weaken their entity, we say the Iraqis cannot accept that, and they will not lose their right to have a national state.”

The Iraqi President added, “it is possible to overcome obstacles with unity and giving priority to the national interest.”

Saleh stressed that protecting the country requires “a firm stand to address the mistakes that rift the system so the Iraqis could build a real state with sovereignty.”

Salih: Iraq's stability is an essential factor for the prosperity of the region