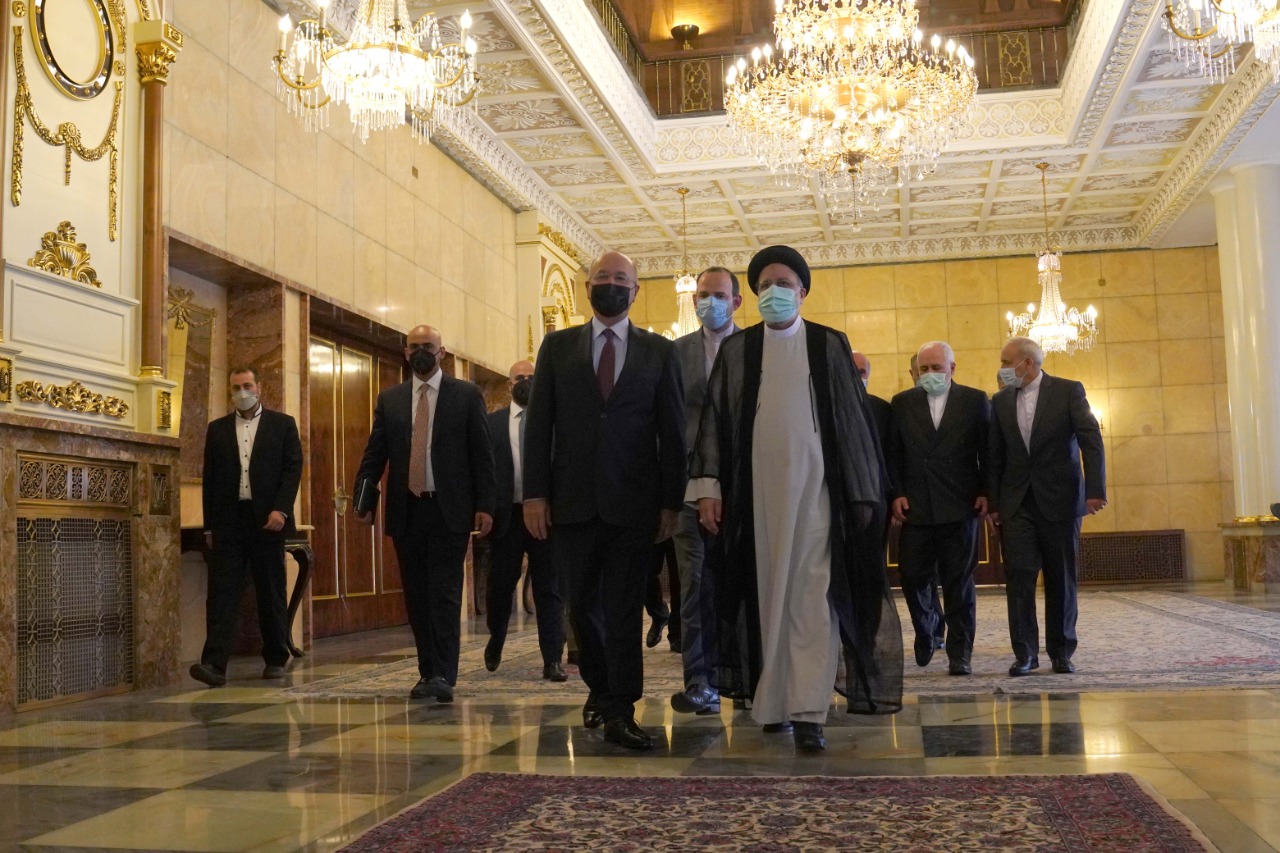 The meeting, which was attended by the foreign ministers and senior officials from both sides, is the first after Raisi assuming his post.

A statement issued by the Iraqi Presidency said today that President Barham Salih congratulated the Iranian President, wishing him success and achieving more progress and prosperity for “the friendly Iranian people.”

Salih also expressed thanks for the Iranian invitation to attend the inauguration.

According to the Statement, both sides discussed the “bilateral brotherly relations between the two neighboring countries, that are historical, due to the joint social, religious, cultural and geographic ties.”

They also discussed issues related to the economic sectors and promoting trade exchange.

The statement added that the Iraqi President praised “Iran's supportive role for Iraq in fighting ISIS and thwarting its plans to destabilize the security and stability of the region.”

Salih stressed the need for understandings and coordinating through constructive dialogues to establish stability and “to confront many challenges shared by the countries of the region in facing terrorism, health crises, and the risks of climate change,” adding that “a secure and stable Iraq is an essential component of regional security and stability and a factor of economic interdependence.”

For his part, President Ibrahim Raisi affirmed his country's aspiration to strengthen bilateral relations with Iraq in various sectors, including social, religious, and cultural aspects, stressing Iran's support for Iraq’s security and stability, and praising the great Iraqi efforts to establish stability and security in the surrounding countries.

President Salih denounces the attack on the US embassy in Baghdad

Salih-Kadhimi: The Israeli attacks on the Palestinian people are inhuman