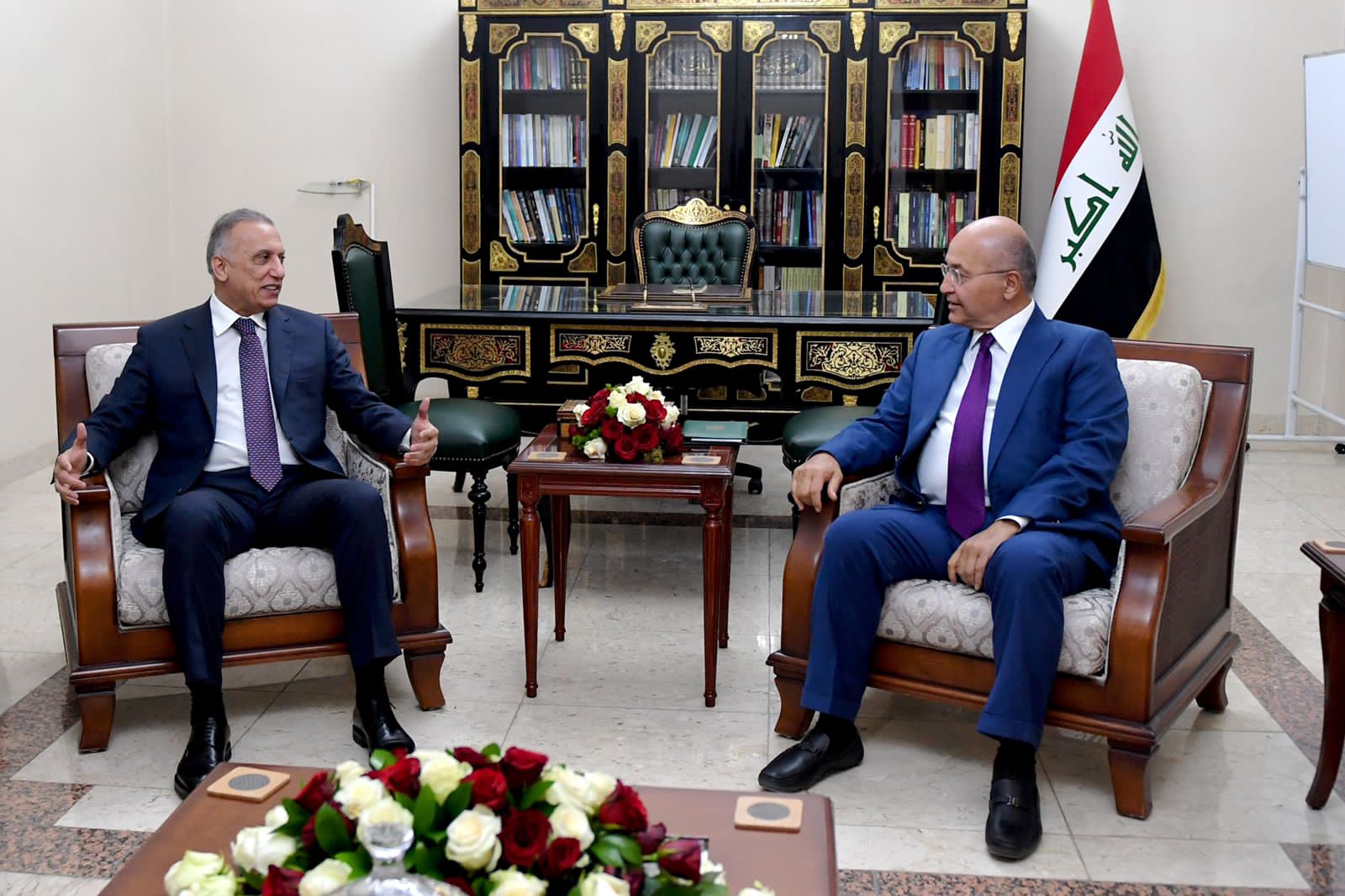 In a statement, the Presidency said that both sides discussed the country's political and economic situation.

Al-Kadhimi and Salih stressed the need to enhance "security and stability and support the security forces pursuing ISIS cells."

They also said that the dialogue is essential to addressing outstanding issues and securing the citizens the necessary services."

Al-Kadhimi's office said that both sides discussed the latest developments in Iraq, including the political and security situations.

The PM and the Parliament Speaker stressed the need to enhance coordination and cooperation between the executive and legislative authorities to "respond to the aspirations of all the Iraqis."

It is worth noting that Since the Iraqi Parliament held its first session on the ninth of last January, the situation became more complicated between the Framework insisting on having the "Shiite" largest Bloc because the prime minister is entitled to the Shiites, and the leader of the Sadrist movement Muqtada al-Sadr, who refuses to engage in an alliance with the Framework forces and adheres to excluding the leader of the State of Law coalition Nuri al-Maliki from any alliance.

The Sadrist Movement leader then called for independent deputies to form the next Iraqi government within 15 days, but they also failed.

The political scene awaits now the initiative from the leader of the Kurdistan Democratic Party, Massoud Barzani.

Iraq also faces other enormous challenges, the severe water scarcity driven by climate change; in addition, the war in Ukraine, one of the world's major wheat-producing regions, has led to a massive rise in wheat prices, leaving Iraq facing a multibillion-dollar food import bill.