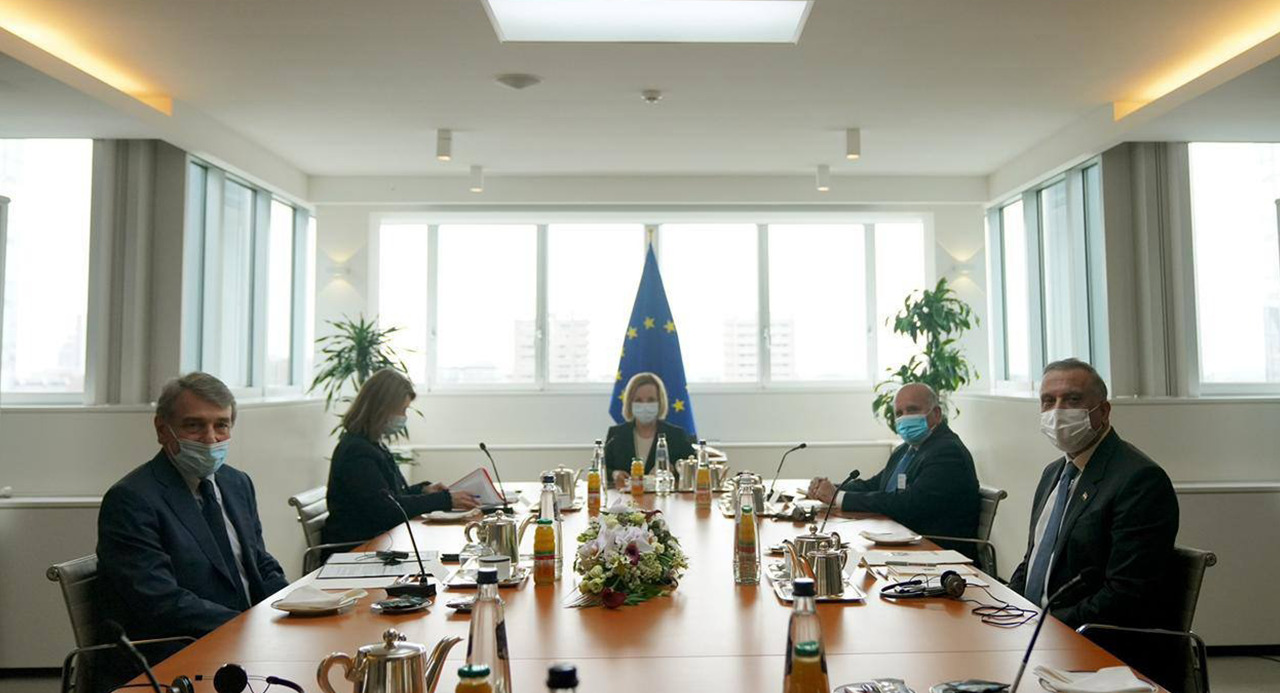 A statement issued by the Prime Minister's Office said, "He met the President of the European Parliament, David Sassoli, at the Parliament headquarters as part of his visit to the Belgian capital, Brussels, and during the meeting, Iraq aspiration to build distinguished relations with all European Union countries, in a way that helps Iraq overcome its crises, and supports security and stability in the Middle East, as well as supporting Iraq's pivotal role in defusing crises in the region."

Al-Kadhimi indicated that he is counting on developing the relations of the European Parliament with the Iraqi parliament in the field of exchanging legislative experiences, promoting a culture of human rights, defending minorities, and consolidating democracy.

He also stressed in his meeting that "the Iraqi government continues to implement economic reforms, diversify investment and revive stalled projects, as it seeks to attract investors and secure an optimal investment environment by facilitating all investment-related procedures."

Al-Kadhimi stressed that "the government has made important progress in combating and uprooting terrorism, confining weapons to its hands by supporting the security forces, and restoring confidence between them and society, to address its role in confronting terrorism, uncontrolled weapons, and crime gangs," he emphasized.

For his part, the President of the European Parliament welcomed the Prime Minister and his accompanying delegation and affirmed the European Parliament's support for all government steps aimed at reform, and everything that would enhance security and stability in Iraq and the region, according to the statement