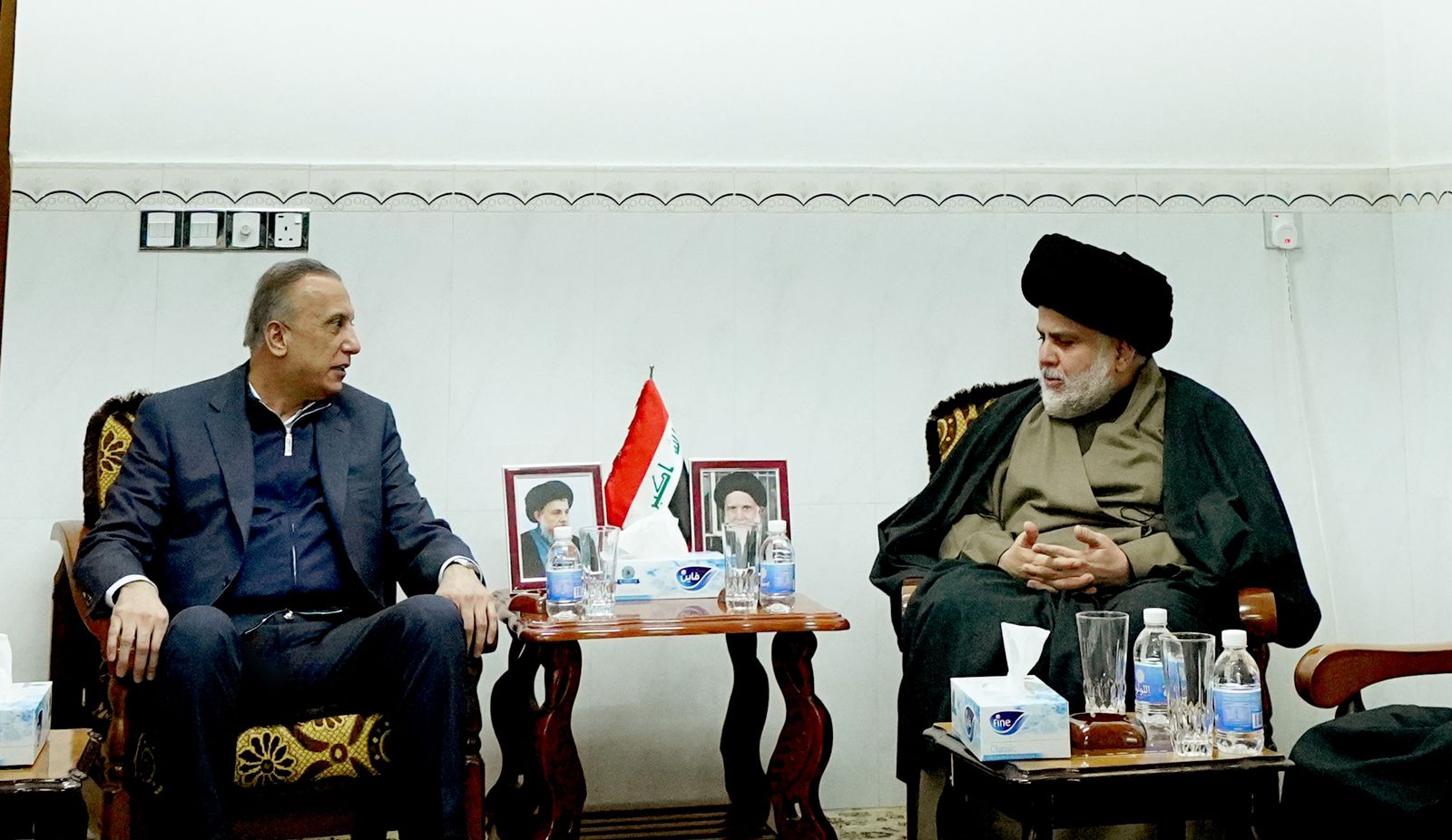 The PM media office said that Al-Kadhimi and Al-Sadr discussed "the situation of services in Najaf and the best ways to improve services to citizens in the holy city of Najaf and the rest of the Iraqi cities and governorates."

The meeting comes amid political discussions between the Sadrist bloc and other forces to form the new government.

Leak information said that Al-Sadr presented to other political forces a list of candidates for assuming the post of prime minister includes Mustafa Al-Kadhimi.

It is worth noting that according to the results of the elections, The final results showed that the Sadrist Movement led by Muqtada al-Sadr won 73 seats, followed by the "Progress (Takadum)" Coalition led by Muhammad al-Halbousi with 37 seats. Next, the State of Law Coalition led by former Prime Minister Nuri al-Maliki with 33 seats, then the Kurdistan Democratic Party led by Masoud Barzani with 31 seats.

Despite all discussions with the Shiite Coordination Framework, Al-Sadr insists on forming a national majority government with the participation of the winning blocs instead of a consensus government.