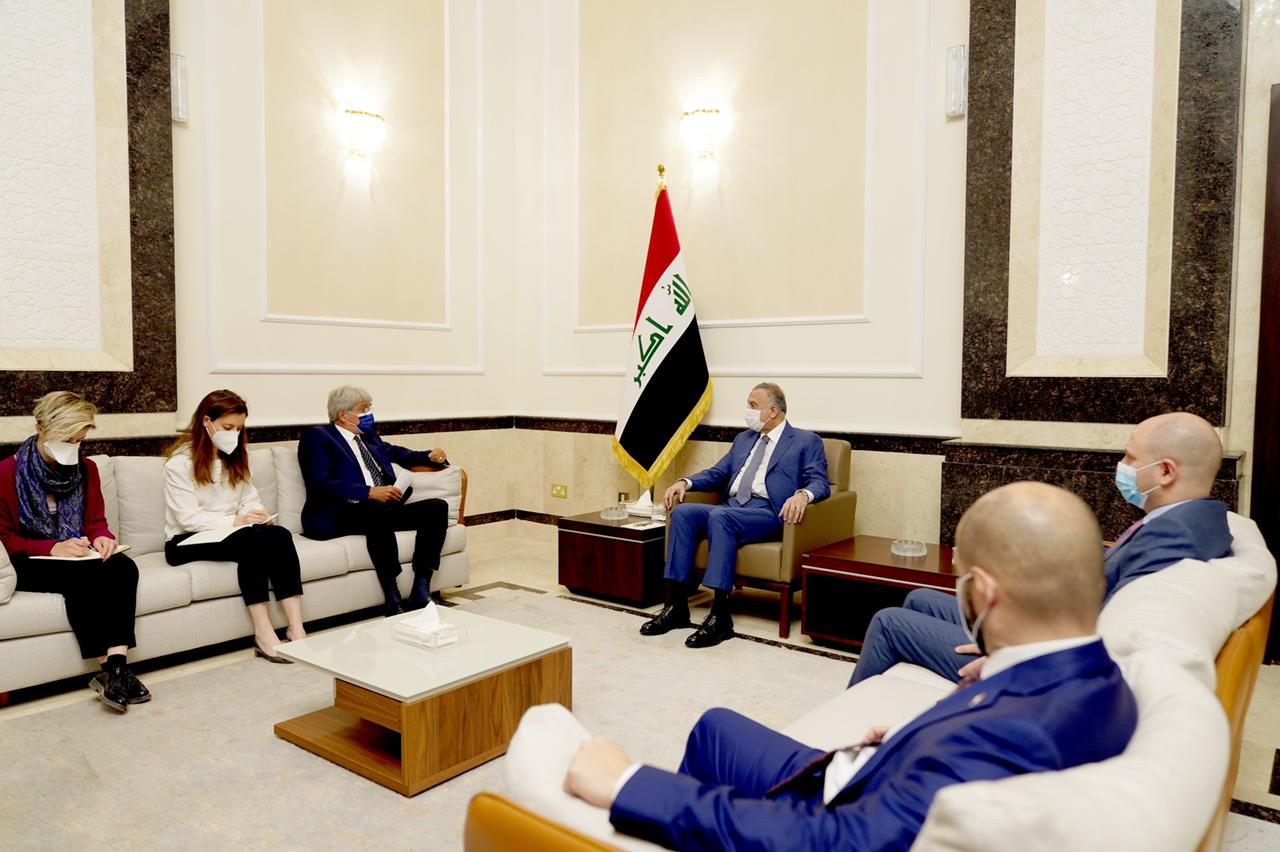 In an official readout, al-Kadhimi's office said that the Prime Minister reviewed with his guest the bilateral relations between Iraq and France, among other issues of mutual interests.

The meeting touched upon the cooperation between Baghdad and Paris, ways of enhancing economic, security, and cultural ties, the coordination in the investments file, and providing facilities to the French companies' work in Iraq.