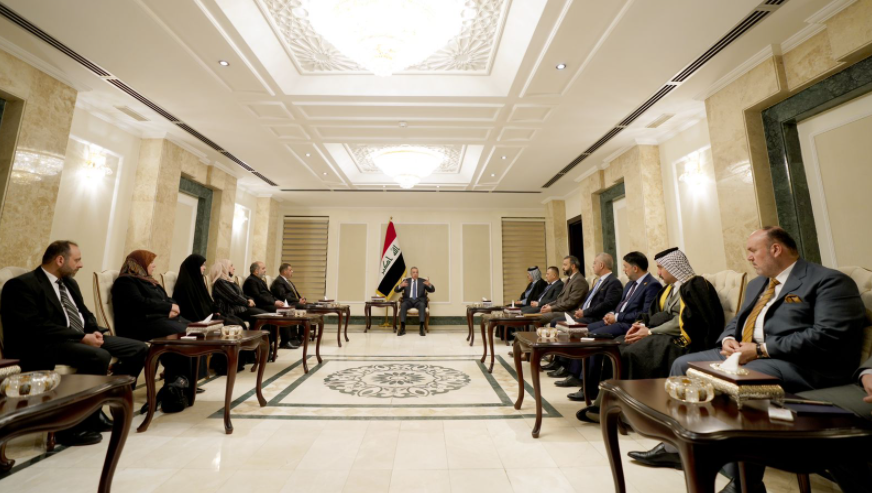 Shafaq News/ The Iraqi Prime Minister, Mustafa Al-Kadhimi, called the competent authorities to form a fact-finding committee that includes ministers to evaluate the performance of the Babel governor.

Shafaq News Agency was first to report the move.

Al-Kadhimi's decision comes after Babel representatives in the parliament submitted a complaint against the governor during a meeting with the Prime Minister.

The "Imtidad" Movement gave the representative of the Sadrist bloc, Suha Al-Sultani, 48 hours to apologize for the assault made by her bodyguards against the activist Durgham Majid.

Later, a local source in Babel told Shafaq News Agency that a security force from Saraya al-Salam (Peace Brigades: the military wing of the Sadrist Movement) cordoned al-Sultani's house in al-Qasim district, south of Babel, "to protect her from the threats of the demonstrators."

In a massacre in Babel, a wanted man killed 20 people then committed suicide

Babel's governor "disappears" after an arrest warrant issued against him

Babel authorities deny their intention to impose a lockdown