Iraq's MoFA meets with his Iranian counterpart in Tehran 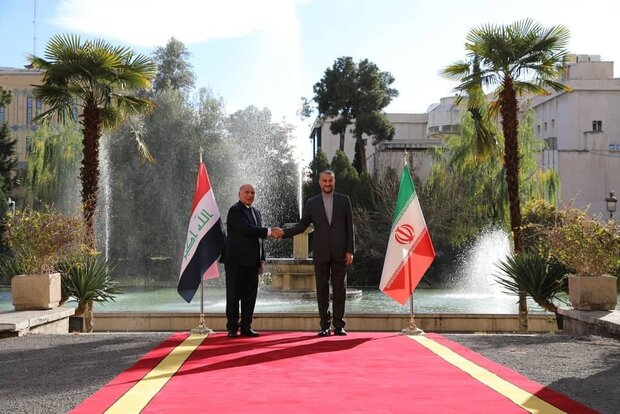 Shafaq News/ The Iraqi Minister of Foreign Affairs (MoFA), Fuad Hussein, arrived in the Iranian capital, Tehran, on an official visit on Thursday.

Upon his arrival, Hussein met with his Iranian counterpart, Hussein Amir Abdullahian. The meeting touched upon a spectrum of issues of mutual interest.

In a press conference after the meeting, Abdullahian highlighted Tehran's close ties with Baghdad and commended Iraq's role in facilitating the talks of his country with Saudi Arabia.

For his part, Hussein said that the constrained relations between Tehran and Washington cast shadows upon Iraq and called for holding direct talks between both sides.

The Iraqi diplomat said that his country is in a position of trust for both the Islamic Republic and the United States.

Hussein's visit to Tehran is his first under the new hardline government led by the former Chief Justice, Ebrahim Raisi.

Abdullahian and Hussein met last September in New York during a convention of the United Nations General Assembly.

Tehran comments on the recent developments in Iraq

Iraq to activate the work of the joint committee with Pakistan

Iraq, an arena for score-settling between Tehran and Washington

Hussein: we are not considering escalation with Turkey