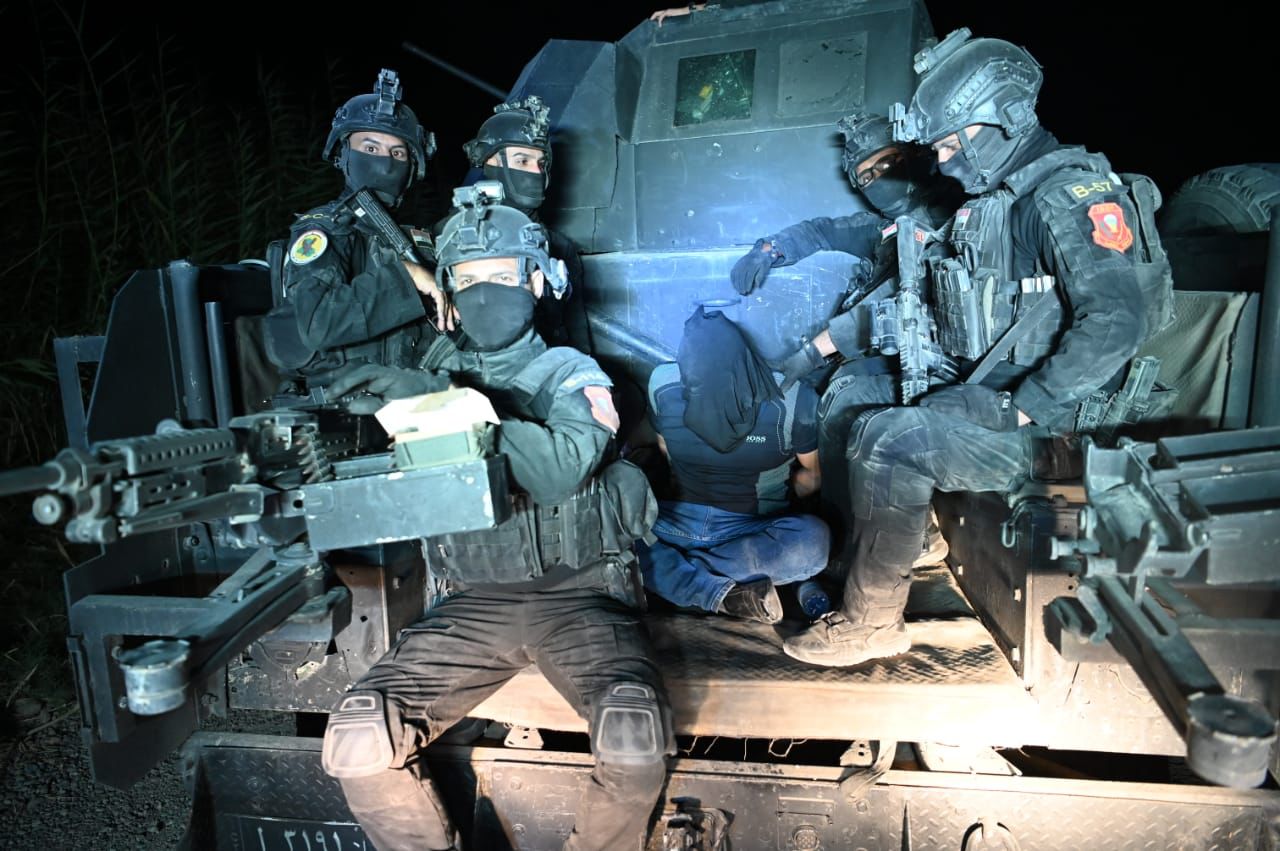 Shafaq News/ The spokesperson for the Commander-in-Chief of the Armed Forces, Major General Yahya Rasool, announced on Tuesday the arrest of nine ISIS members in separate operations.

Rasool said in a statement that the Counter-Terrorism Service "had apprehended nine ISIS elements in the Governorates of Al-Anbar, Nineveh, Saladin, Baghdad, and Kirkuk."

He explained, "the Agency arrested two terrorist elements in Al-Anbar and three others in Kirkuk and Saladin. In addition, a special force carried out two operations in Baghdad and Nineveh, which resulted in the arrest of two terrorists."

"In coordination with the Asayish of the Kurdistan Region in the Erbil governorate, the Counter-terrorism Service also arrested two ISIS elements,” Rasool said.

Officer released from detention for torturing an extremist militant, no official comments