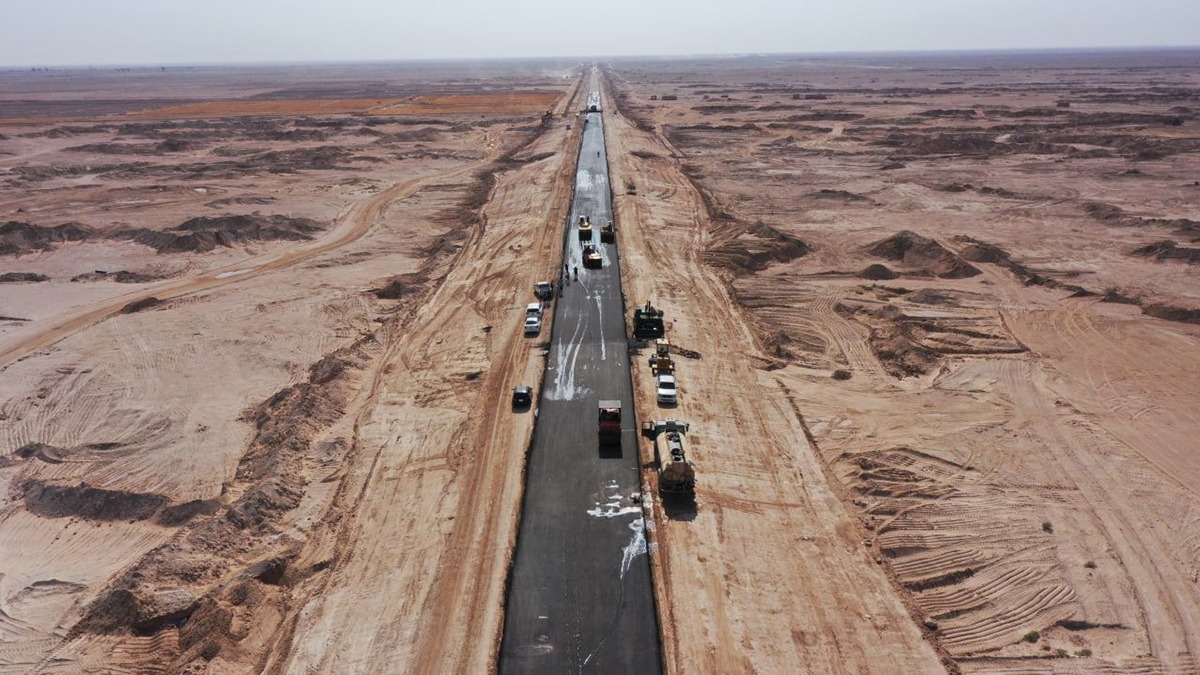 Shafaq News/ The Governor of Najaf, Loay al-Yasiri, on Saturday announced resuming the pavement work on the pilgrimage road linking the governorate with Saudi Arabia.

Al-Yasiri said in a press conference held earlier today at the site of the project, "the first phase has been launched today after a few years halt due to the financial crisis and the COVID-19 pandemic under the auspices of the Ministry of Construction and the local Government of Najaf."

The Governor highlighted the vitality of this road as a gate to the Gulf and "an ancient road for the pilgrims."

"The Saudi side endorses and supports the completion of this road given its mutual vitality for Iraq and Saudi Arabia," he continued, "soon, the economic lifeline of Najaf will be complete."

For his part, the Ministry of Construction's representative, Muhammad Ali Jasem, said, "the road spans over 239 kilometers...It is divided into 50-kilometer segments. Each segment will be executed under the supervision of a team from the Ministry."