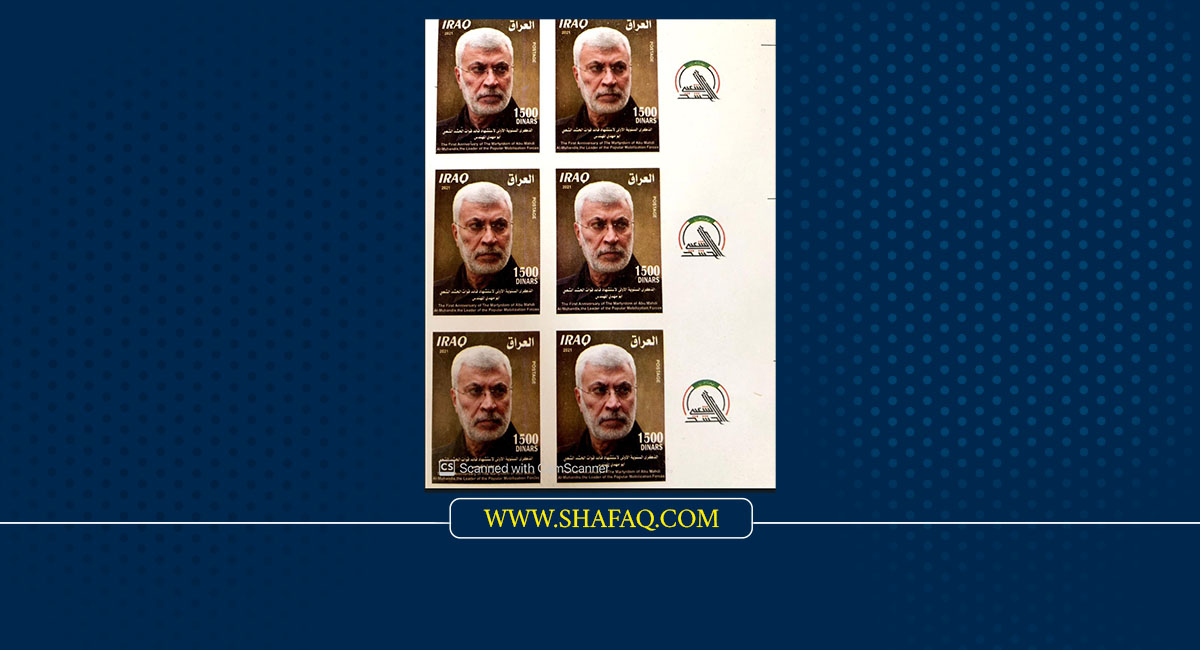 Shafaq News/ The Ministry of Communications released today, Wednesday, a postal stamp honoring the Deputy Chairman of the al-Hashd al-Shaabi Authority, Abu Mahdi Al-Muhandis, on the first anniversary of his assassination.

Ministry spokesman Raad Al-Mashhadani said, in a statement received by Shafaq News agency, that this stamp will be distributed all over the world because al-Muhandis is "a symbol of Iraq and its bright history."

On January 3, the United States assassinated Qassem Soleimani and Abu Mahdi al-Muhandis, in an airstrike on the Iraqi capital, Baghdad.