Iraq receives the credentials on US ambassador 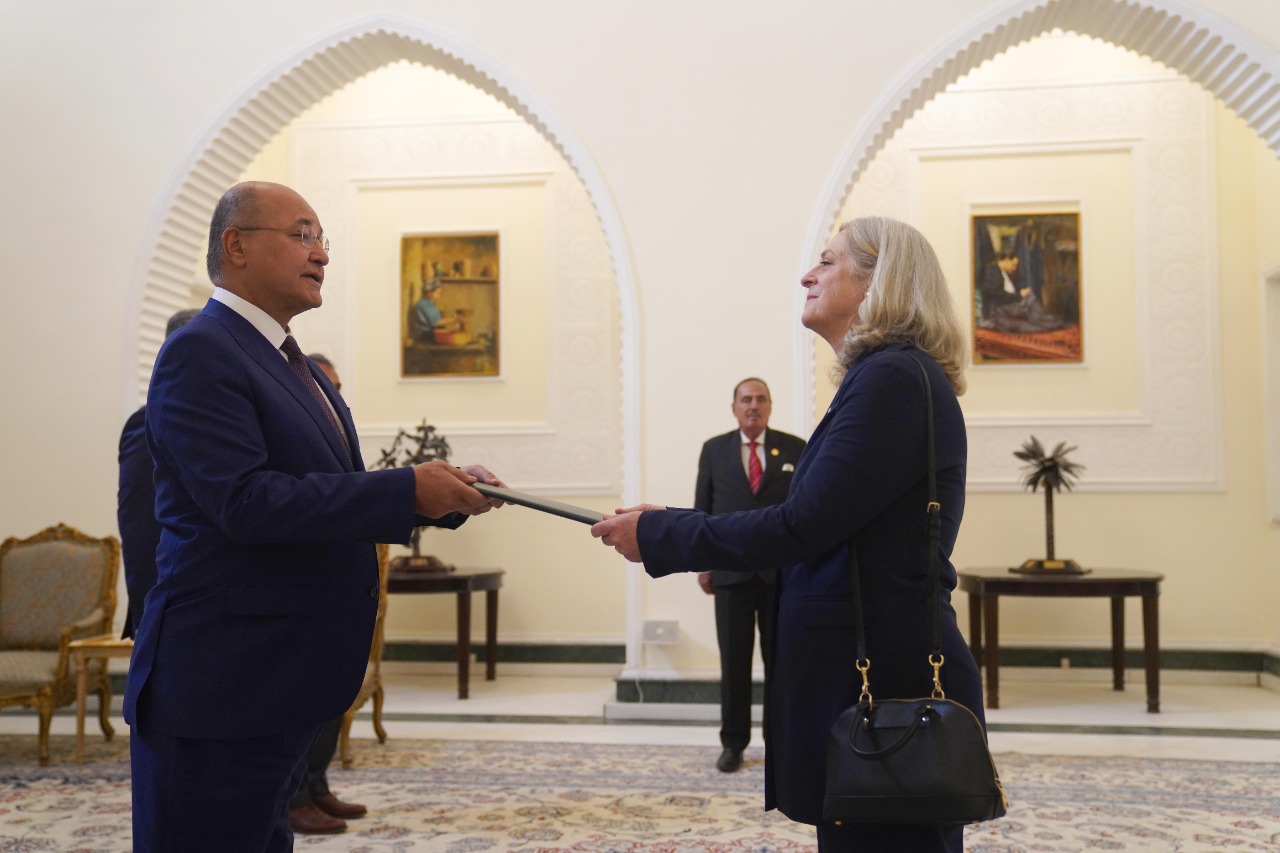 President Salih wished the US diplomat success and luck in her mission, according to a readout issued by the Iraqi Presidency.

The veteran diplomat was sworn in as the US ambassador to Iraq, amid mounting internal and external security threats faced by the country.

US Vice President Kamala Harris swore in Romanowski, who succeeds departing ambassador Matthew Tueller, in a ceremony earlier this month.

Romanowski, who was confirmed by the US Senate in March, has more than four decades of experience across various US government agencies.

She most recently served as US ambassador to Kuwait, after holding positions in the State and Defence departments, as well as working in intelligence.

During her confirmation hearings, Romanowski said Iraq "remains a foreign policy priority for the United States and is a cornerstone of regional stability".

The diplomat told a Senate committee in March that she would continue to find long-lasting solutions to the most vulnerable populations in Iraq.

"The United States supports a stable, prosperous and democratic Iraq that serves all its citizens, including its most vulnerable and marginalised communities," she told the Senate foreign relations committee.

Romanowski said strengthening political, economic, and civil society groups would be one of her leading priorities as ambassador.

"If confirmed, bolstering Iraq's independence and advancing citizen rights will be a top priority in my engagements with Iraq's new government," she said.

Romanowski said she would urge Iraq to diversify its economy and work to strengthen the country's security institutions.

Iraq's security challenge could be a pressing matter early in Romanowski's tenure as ambassador.

For the last year and a half there have been some 300 attacks on US interests in Iraq, mostly rockets, as well as improvised explosive devices targeting supply convoys.