Iraq loses 90% of border crossing revenues due to "Corruption" 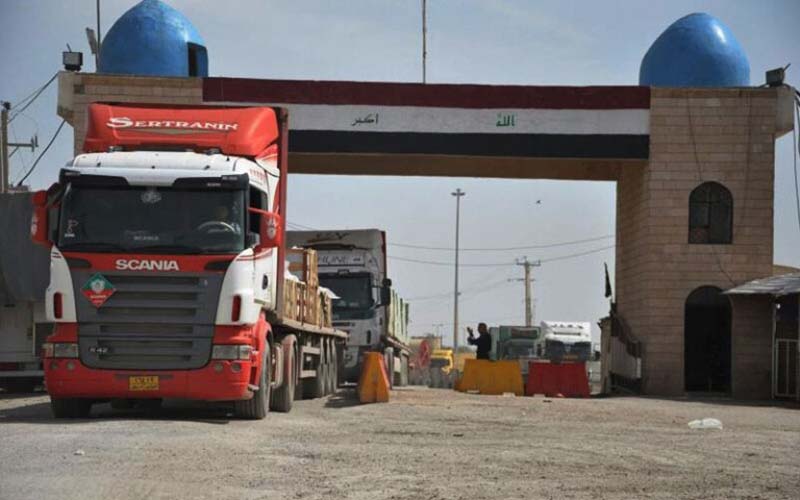 "Corruption at the border crossings is very large and reaches 90%, as we get no more than a billion dollars," Kojar said in an interview with Shafaq News agency, "at least 11 billion go to the pockets of the corrupt."

He continued, "despite the great benefit of Iraq from these outlets, the work of the border crossings is still primitive compared to neighboring countries. There is no electronic system or accurate laboratories in them, although 14 ministries operate it."

Kojar clarified, "there are some corrupt people who intend to keep these ports without developing or installing electronic systems because developing them means-ending corruption."

Mazen al-Feyli, a member of the Parliamentary Committee on Economy and Investment, said that the border crossings in Iraq achieve annual financial revenues of 10 billion dollars, but only one billion are earned.

On July 25, the Joint Operations Command of the Iraqi Army announced the allocation of security forces to ten land and four naval outlets and confirmed that all of those outlets are now protected by those forces.

Al-Kadhimi announced launching a new campaign against corruption at the border customs points, saying that the country lost millions of dollars due to poor taxation of imported goods.

Al-Kadhimi said in a visit to Mandali border crossing with Iran in Diyala on July 11, said that the government will pursue "ghosts" that were transporting cargo trucks across the border without paying customs duties.

Iraq, whose budget depends mainly on oil revenues, is going through the worst economic crisis in its history.

Despite being the second-largest oil producer in OPEC, it failed to diversify the economy and find alternatives to black gold.

Iraq, due to theft and embezzlement, had lost over 450 billion dollars in the past 17 years.