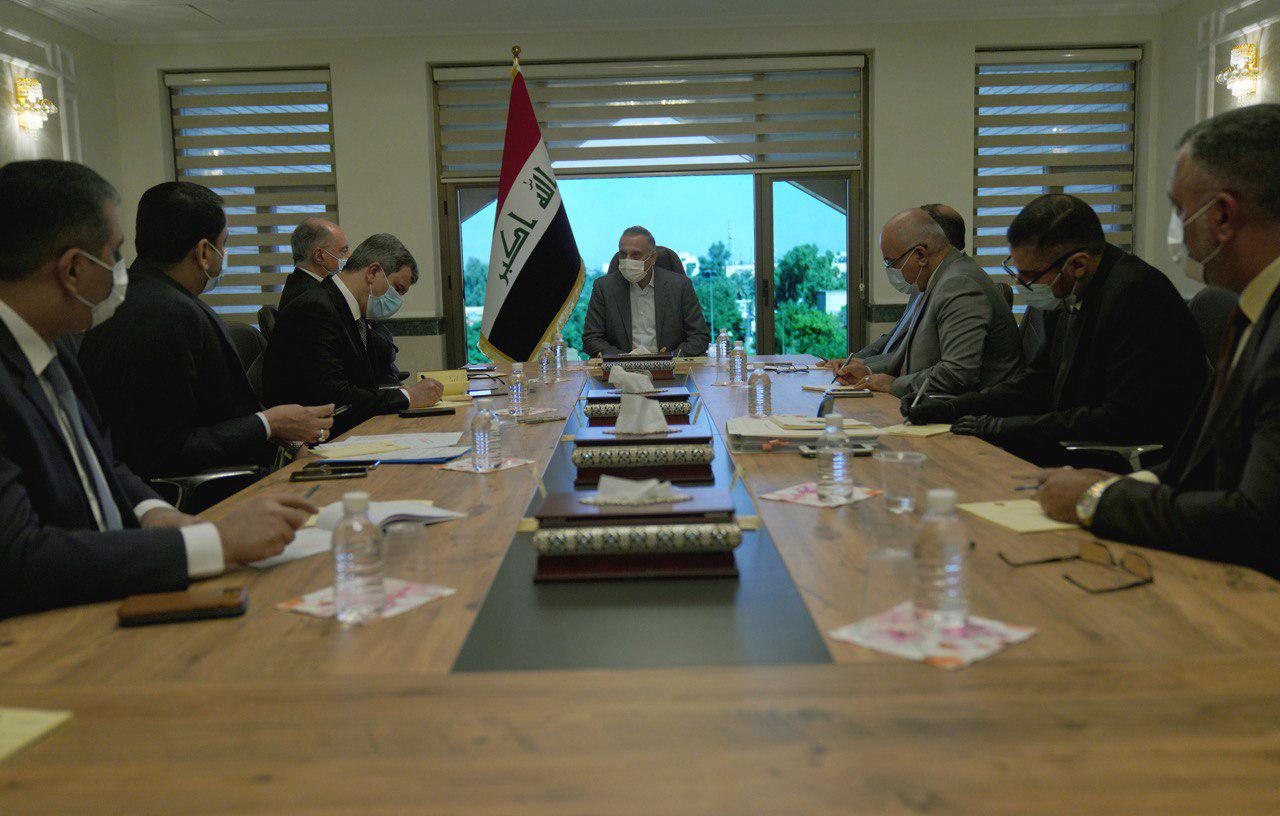 Shafaq News / The Prime Minister, Mustafa Al-Kadhimi, stressed on Sunday the need to change the "Wrong Course" of the Iraqi state and address the accumulated problems that gave birth to financial and economic crises and challenges.

This came upon his meeting with several ministers and government officials. The meeting was devoted to discussing the issue of unemployment of the youth and updates on general conditions in the state, according to a statement issued by the government.

Al-Kadhimi expressed the government's determination to reach effective solutions to the current financial, economic and epidemiological challenges and find focal points for reform and development.

Al-Kadhimi said that the solutions must be realistic, practical and applicable to address the consequences of the "Faulty Planning" of the previous reigns that burdened the state departments. He also emphasized the importance of Continuous work to Change the "Wrong Course" the state currently sliding into.

The meeting discussed multiple proposals regarding the loans, creating job opportunities in the private sector, the youth employment project and ways to provide support for this vital segment, in addition to the reforms of the white paper.

The meeting was attended by the Ministers of Oil, Finance, Planning, and Higher Education, the Governor of the Central Bank, the President of the Federal Service Council, as well as the Director of the Office of the Prime Minister and the Secretary-General of the Council of M