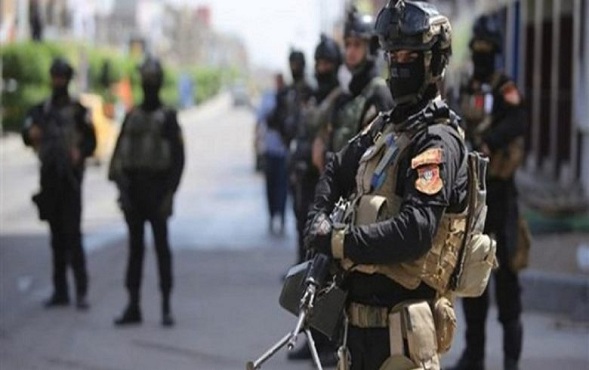 Shafaq News / Two of the perpetrators of the Al-Khailania massacre in Diyala were arrested, the Iraqi Interior Ministry's intelligence services said on Monday.

“Under the supervision of the Ministry of the Interior, the intelligence carried out an operation resulted in the arrest of two terrorists who participated in Al Khailania massacre, Al-Miqdadiyah district, in which Sheikh Ali Fadel Al-Kaabi and four members of his family were killed.” A statement by the intelligence said.

“The two detainees belong to ISIS and will be referred to the judiciary for investigation and accountability.” It added.

On October 28, ISIS booby-traps corpses to blow up killing five members of one Iraqi tribe, including the sheikh, in Al-Miqdadiyah district, Diyala.