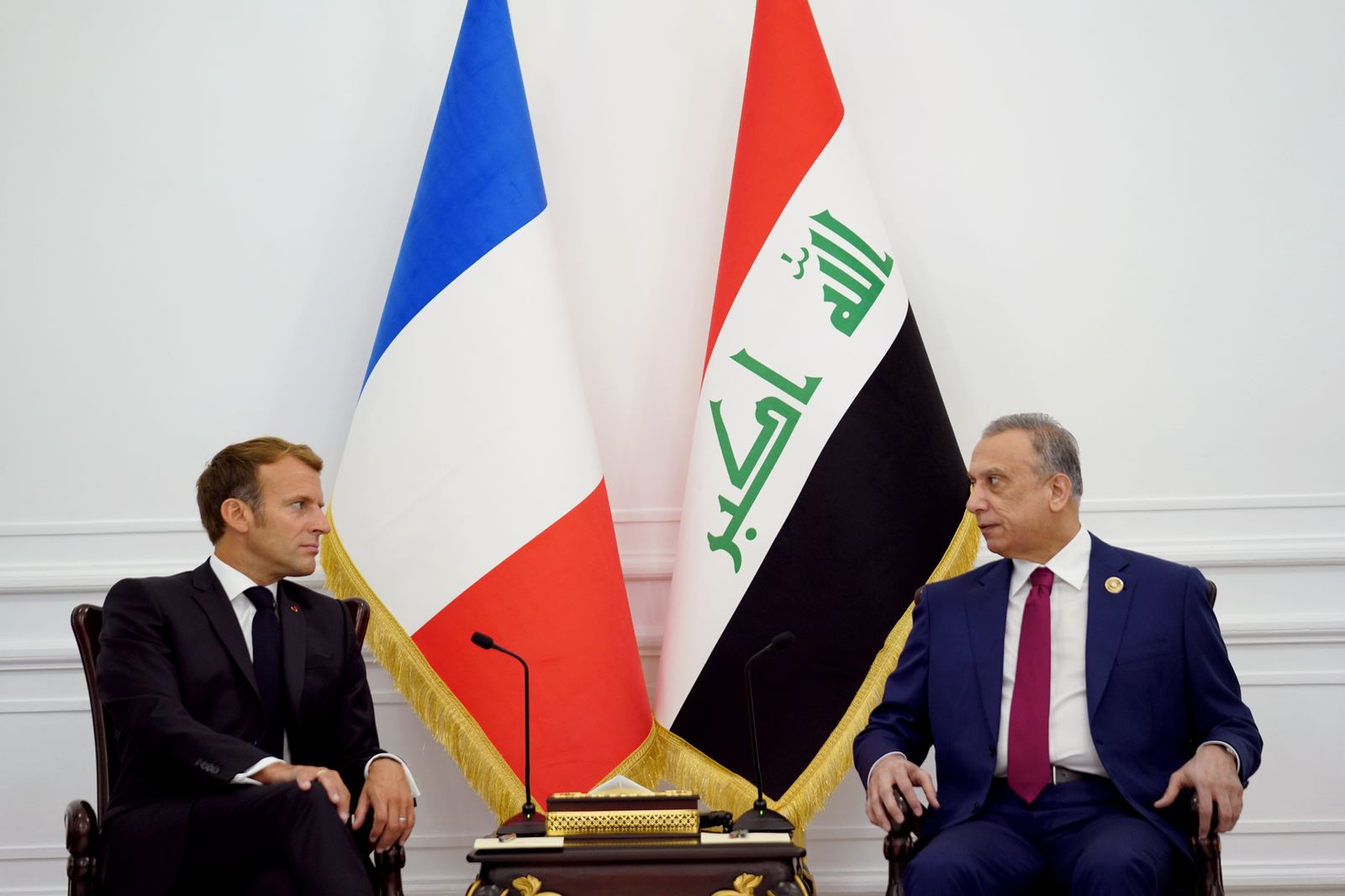 Shafaq News/ On Saturday, the Iraqi Prime Minister Mustafa Al-Kadhimi affirmed the necessity of a partnership between Baghdad and Paris in various fields.

Al-Kadhimi said in a joint press conference with the French President Emanuel Macron in Baghdad, "We stress the importance of the partnership between Iraq and France...There are prospects for cooperation between the two countries in all fields."

"France is essential to us, and we highly appreciate its role in confronting terrorism," he added.

In turn, Macron said that France is keen on the stability of Iraq and looks forward to cooperating with it in several areas."

He added, " the courage of the Iraqi forces is the one that defeated ISIS… we must not tolerate ISIS because it still represents a threat."

The French President confirmed that Paris would continue to support Iraqi efforts to return the displaced and stabilize the liberated areas.

On the upcoming Iraqi elections, Macron said, "I welcome the progress made by the Iraqi government to hold the next elections," stressing that "the stability of Iraq is achieved through fair and transparent elections."

President Emmanuel Macron arrived at midnight in Baghdad's Iraqi capital in an official visit to participate in the "Baghdad Conference for Cooperation and Partnership."

During his visit, the French President will meet with his Iraqi counterpart, Barham Salih, the Speaker of Parliament, Muhammad al-Halbousi, and the Kurdish leader Masoud Barzani.