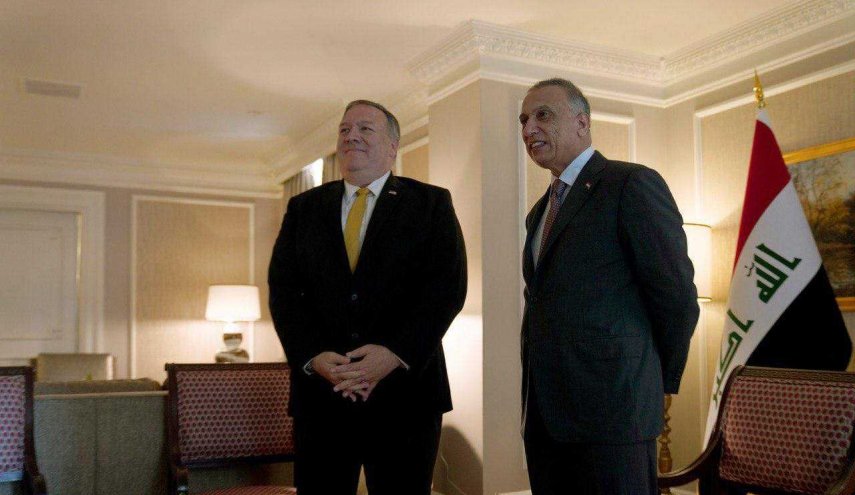 Shafaq News / The Iraqi Prime Minister, Mustafa Al-Kadhimi held, on Tuesday, a phone call from the US. Minister of State, Mike Pompeo.

"Pompeo called the Iraqi PM to discuss the bilateral relations between the two countries, as well as the political developments in the region." A statement by Al-Kadhimi’s office said.

“The two parties also hope to continue the close cooperation in various fields, and to strengthen the relation between Iraq and the US-Led coalition to develop the Iraqi forces capabilities to fight the terrorism.” The statement added.