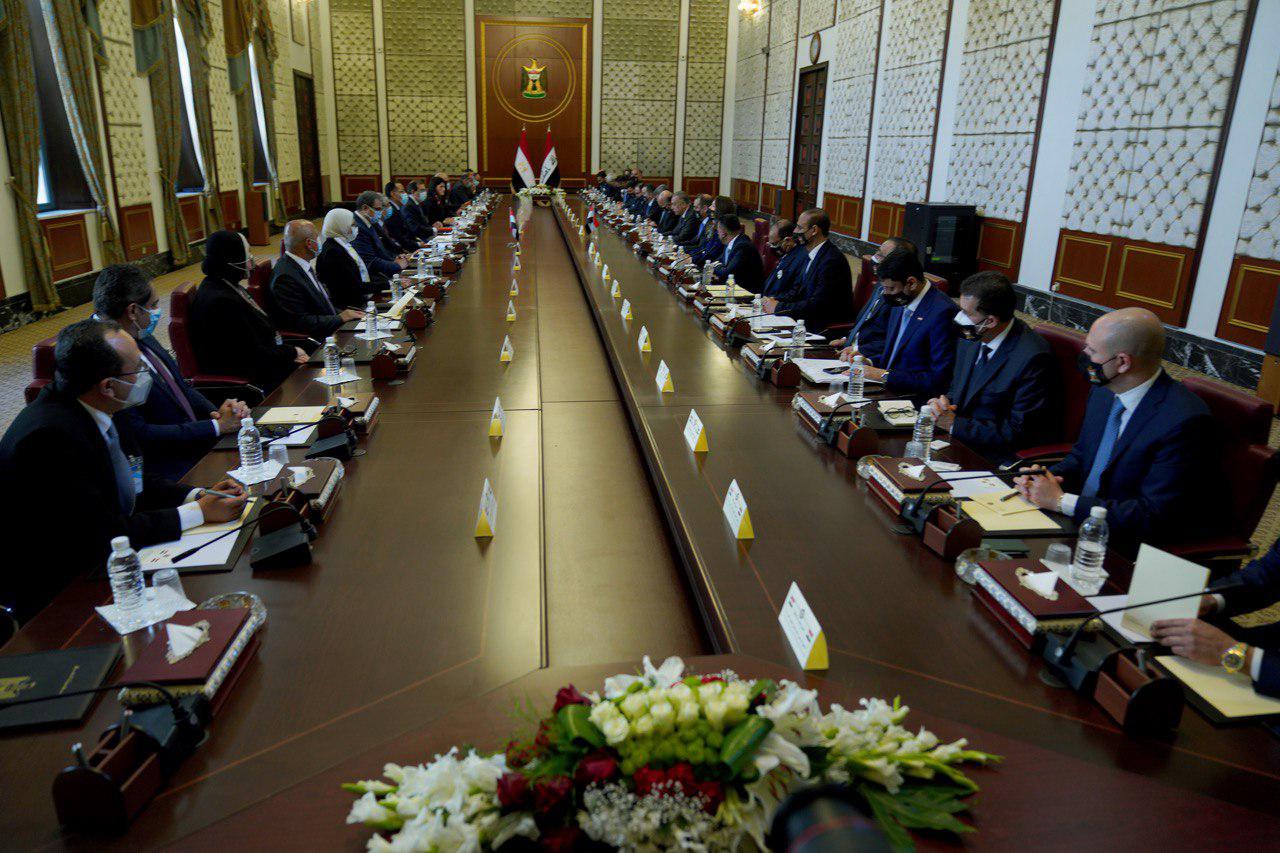 The signing took place in the presence of the Iraqi Prime Minister Mustafa Al-Kadhimi and his Egyptian counterpart, Mustafa Madbouly, according to a statement by the PM office.

The cooperation will be in justice, water resources, financial market, environment, health and medicine, land and sea transport, trade, and industry fields.

The Egyptian Prime Minister, Mostafa Madbouly headed a high-ranking delegation, arrived today, Saturday, in the capital, Baghdad, to share the chairmanship of the Egyptian-Iraqi joint committee with the Iraqi PM.

It is noteworthy that this meeting is the third in the history of the two countries, after 1988 and 1989.

Traditionally, the meetings chaired by the prime ministers of the two countries and attended by a number of ministers and senior officials from both sides.

Egypt grants entry visas for all delegations participating in the Arab Cycling Championship, except for Iraq