Iraq’ Salih meets the US ambassador to Iraq 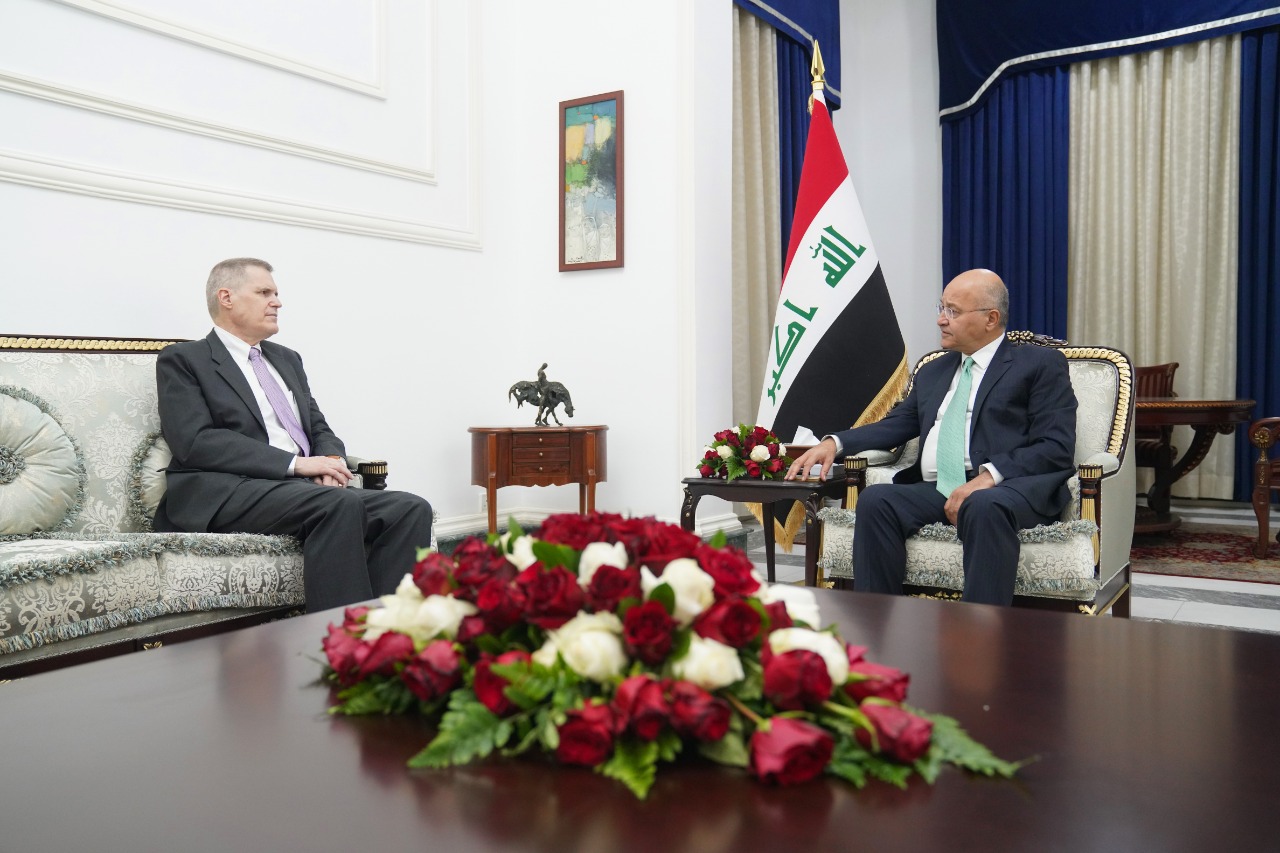 Shafaq News / The Iraqi President, Barham Salih met today Thursday the US ambassador to Baghdad, Matthew Toller stressing the necessity of easing tensions and avoiding escalation in the region.

A statement by the Iraqi Presidency stated that “the president received the US Ambassador to Iraq, Matthew Toller in Al-SALAM Palace where they discussed relations between the two friendly countries, and the cooperation in various fields, in addition to the latest developments in Iraq.”

The statement added, "the two parties also stressed the importance of reducing tensions and avoiding escalation, supporting efforts to enhance security, stability and peace in the region, and resolving the outstanding issues through dialogue.”

It’s noteworthy that January 15th marks the day when Washington will start implementing its announced plan to reduce the size of its troops in Afghanistan and Iraq to 2,500 in each; as a part of the Trump pledges to limit the U.S. military presence in the Middle East.

Lately, Trump increased the U.S. military presence in the Gulf and Eastern Mediterranean region when he flew two nuclear-capable B-52 bombers to the Middle East in a message of deterrence to Iran.

Therefore, it stands to reason for Iraqis to be concerned, on the one hand, the U.S. military presence reduces inside Iraq with its significant impact, but on the other hand, American messages warn the Iranians not to “play with fire”.

Iraqis fear the military confrontation could turn their country into a battle zone. And lead to a more serious political and economic situation; while they still struggle over the economic and health crises that have affected their country in 2020.

Saleh highlights the need for the "International observation over the elections"