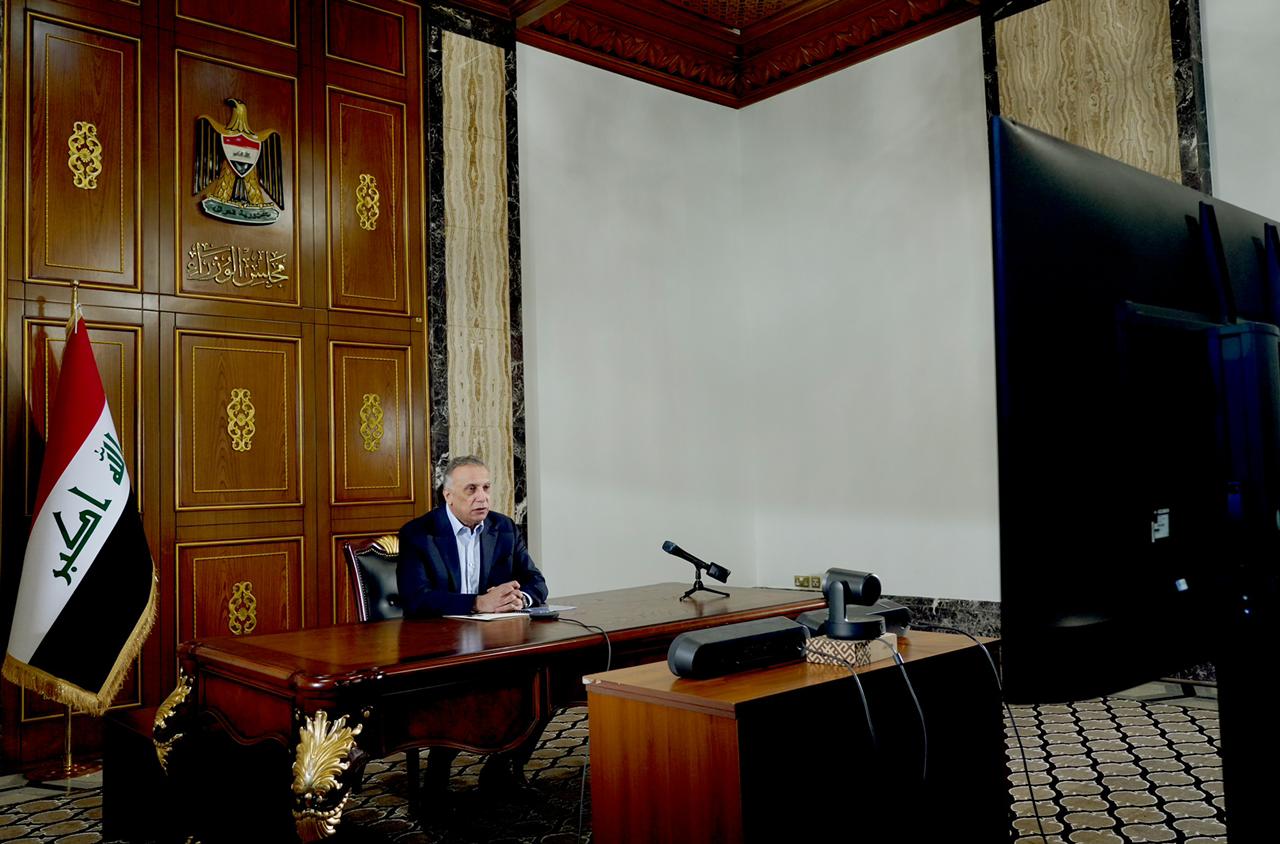 The Prime Minister's office said in a statement, Al-Kadhimi made today a closed-circuit television meeting with the President of the European Council, Charles Michel, and discussed ways to develop the EU-Iraqi relations, Iraqi refugees and displaced persons, issue and ways to return them homes.”

Al-Kadhimi added, according to the statement, both sides discussed strategic relations, ways to developing the economic cooperation with major European companies, and ways to combat corruption and money laundering, as well as benefiting from the European post-war recovery as “a model for development, especially after World War II.”

The PM expressed aspiration to launch an enduring partnership with the European Union to support the reforms undertaken by his government within the framework of the “White Paper”, which includes financial, economic, and institutional reforms.

Michel also praised “the growing regional role of Iraq,” and indicated that the European Council considers Iraq “a primary and preferred partner in the region.”

In the same context, a well-informed European source quoted Michel as saying that the President of the European Council expressed deep concern about the increasing numbers of Iraqis who are trying illegally to enter the Union, especially to Lithuania, through Belarus.

As most of the migrants are from Iraq, "We expect from Iraq to take strict stances against these actions, especially in terms of respecting the principle of EU-Iraq Partnership and Cooperation Agreement (PCA) that was signed in Brussels on 11 May 2012.”

The EU-Iraq PCA is the main tool for the EU's support to Iraq. It provides a legal framework for improving ties and cooperation in a wide range of areas. These include political issues, counter-terrorism, trade, human rights, health, education, and the environment.

Earlier, the European Union border agency Frontex decided to deploy 60 border guards with helicopters and vehicles to Lithuania's frontier with Belarus, after a surge in migrants crossing illegally, which the EU says has been orchestrated by Minsk. Reuters said.

In response to EU sanctions, President Alexander Lukashenko has said Belarus will no longer stop people trying to enter Lithuania. Vilnius has since accused Minsk of flying in migrants from abroad to send illegally into the 27-nation bloc, with 1,400 having crossed the border just this month, twice as many as the total for the rest of the year.

Most of the migrants are from Iraq. Lithuania has said the migrants are flown to Belarus on direct flights from Baghdad and Istanbul, a charge that Minsk has not directly addressed. Belarus did not immediately respond to a request for comment on Leggeri's accusations.