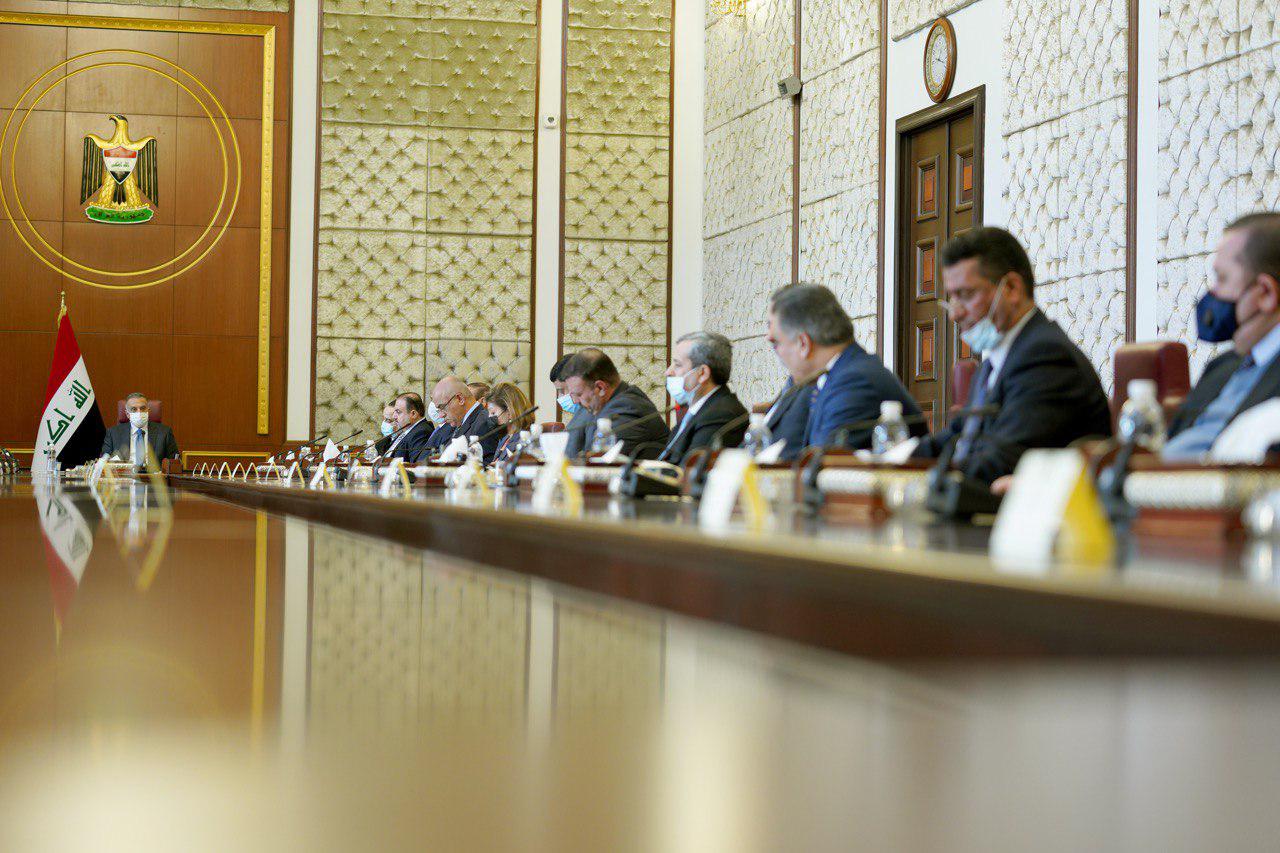 "The first task of our government is to hold early elections, it is an exceptional government, as it is a demand of people and political forces that seek change," Al-Kadhimi said during the meeting.

He added, "so far, we achieved three basic goals in this transitional period, appointing an independent prime minister who does not belong to any of the political blocs, an independent election commission, and an election law in which the one who gets the highest votes wins."

PM confirmed that Iraq has an opportunity to restore the people's confidence in the political system and democratic mechanisms by holding fair elections.

He also stressed, "We will not allow uncontrolled weapons to threaten the citizen’s freedom, security and confidence in the electoral process. Therefore, we need the political forces and Parliament to approve the Federal Court issue, in order to fully complete the requirements of the electoral process."

Salih said in a statement, “this approval is the first step to conduct free and fair elections.

A copy of the Iraqi parliament election expenses funding law showed that the parliament approved the suggestion of the committee by saying, “133,300,000 thousand dinars are allocated for the Election Commission.”