Iraq’ 2021 Budget law to be approved this week, MP says 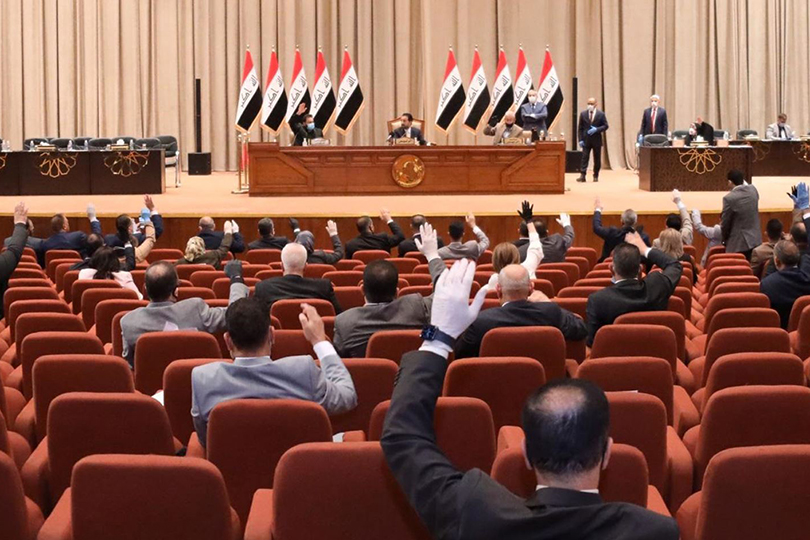 "Most Parliament members are currently settled in the capital, Baghdad, waiting for the Parliament Presidency to set a voting session for 2021 General Budget Law, which is expected to be tomorrow Tuesday." MP Ali Al-Budairi told Shafaq News Agency.

He pointed out that “voting will be based on political agreement and a clear position of Parliament members."

For her part, a member of the Iraqi parliament, Ibtisam Muhammad al-Darb, ruled out approving the Budget law this week.

“Many problems in the budget items will derail its passage in Parliament this week as well, to another week." She said in an interview with Shafaq News Agency.

The representative of Al-Anbar Governorate explained that all Iraqis were subjected to unfair decisions in the 2021 budget, but the Sunni component is affected the most, because ISIS has seized control of its lands and therefore it needs compensation for the significant pecuniary loss.

On Erbil’ Share of the Budget, she confirmed that efforts will continue to reach an agreement.

In December 2020, Iraq’s cabinet approved a 2021 draft budget of 150 trillion Iraqi dinars ($103 billion) as the country wrestles with an economic and financial crisis due to low crude prices.