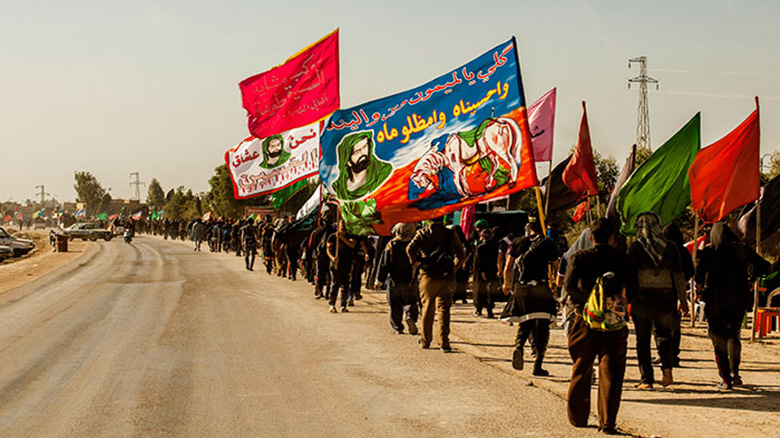 Shafaq News/ Iran's Ministry of Foreign Affairs (MoFA) said that scrapping the entry visas with Iraq deal is underway, indicating that Iranian pilgrims wishing to participate in the Arbaeen rituals in Iraq are allowed to enter the country via airports solely.

A press release issued by the Iranian Ministry said that further talks between Baghdad and Tehran shall be held in order to complete the legal proceedings of waiving the entry visa between the neighboring countries.

The Ministry asserted that the Iranian pilgrims wishing to participate in the Arbaeen anniversary shall obtain entry visas as usual, reiterating that the trips to Iraq are only allowed via air.

Iraqi Prime Minister Mustafa al-Kadhimi and Iranian President Ibrahim Raisi agreed in Tehran earlier this month to cancel entry visas for their citizens through airports and speed up the rail link between their countries.

Al-Kadhimi stressed during a joint press conference with Raisi that Iraq is looking forward to the best relations with all neighbouring countries, including Iran, offering thanks to all those who stood by Iraq in the face of terrorist groups, stressing that Iran was the first to support Iraq in its war on terror.

He noted that Iraq supports Iran’s efforts to establish stability in the region.

He said Iraq and Iran are working to transform joint files.

Al-Kadhimi explained that he discussed with the Iranian President increasing trade exchange between the two countries.

Al-Kadhimi stressed that “Iraq wants the best relations with all neighbouring countries and salvation from the consequences of the absurd wars and dictatorship, and the war against [Daesh]that befell Iraq.”

For his part, Raisi expressed his country’s satisfaction with the increase in the number of its visitors to the Arbaeen of Imam Hussein in Karbala on the 28th of this month, from 30,000 to 60,000 visitors, and said that Al-Kadhimi informed us of the cancellation of entry visas between Iraq and Iran.