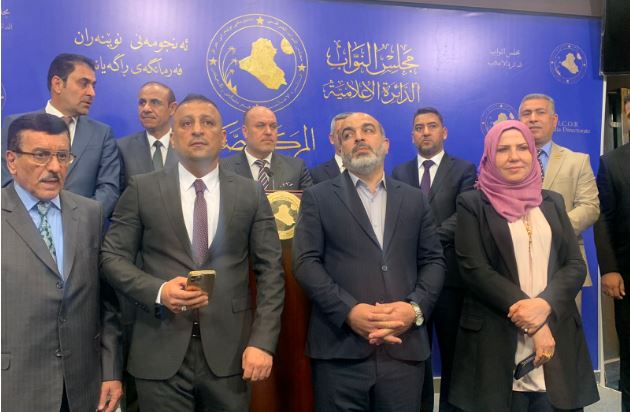 Shafaq News / The independent representatives of the Iraqi Parliament, introduced a new roadmap that might solve the current political impasse.

In a press conference they held today, the Iraqi Parliament's MPs presented a 7-point initiative to address the crisis:

1-We stress the need to implement all constitutional entitlements, including forming the new government.

2- The independent representatives call on political blocs to ally with them to form the largest Parliamentary bloc to be assigned by the President the responsibility to nominate independent candidates, away from any political pressure, for the new cabinet.

3-The Prime Minister shall be characterized by independence, integrity, competence, and political experience, and shall not bear any suspicion of corruption, nor be controversial.

4- The independent representatives stress the need to preserve national wealth and public money, as well as the fair distribution of wealth, and taking care of the government programs concerning the fields of industry, agriculture, tourism, investment, water resources, etc..

5- The Parliamentary blocs that support forming the government must pledge to create grounds for effective opposition and ensure a complete separation between the work of the political majority, the opposition, and oversight departments of the parliamentary committees, through the amendment of article No. 13 of 2018.

6-The President of the Republic shall be chosen following the Iraqi Constitution.

7- The Independent representatives confirm that the government program includes ending all kinds of armed manifestations.