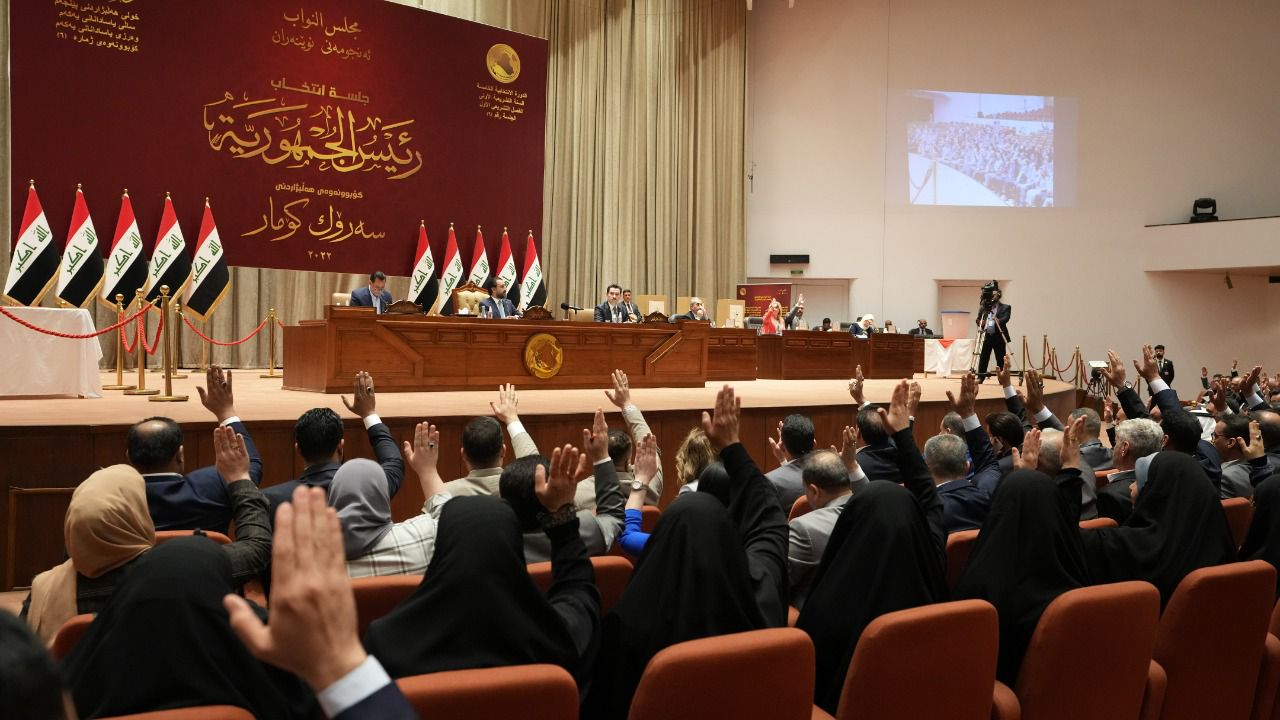 Shafaq News / Independent representatives in the Iraqi Parliament were not able to reach a unified position from the two initiatives proposed by the Coordination Framework (CF) and the Sadrist movement, a reliable political source revealed.

The source told Shafaq News agency that 46 independent MPs met yesterday at MP Haidar al-Shamkhi's residence, to discuss the latest political developments, noting that a new decisive meeting will be held in the next few days.

Earlier, the Coordination Framework launched a 9-point initiative, while the Sadrist movement called on independent MPs to ally and form the government.

The Parliament will vote on the federal court and the budget bills today, MP says

The government failed to respond to security threats hinted by the Intelligence a priori, MP says