In the absence of al-Ameri: CF meets with Azm and PUK 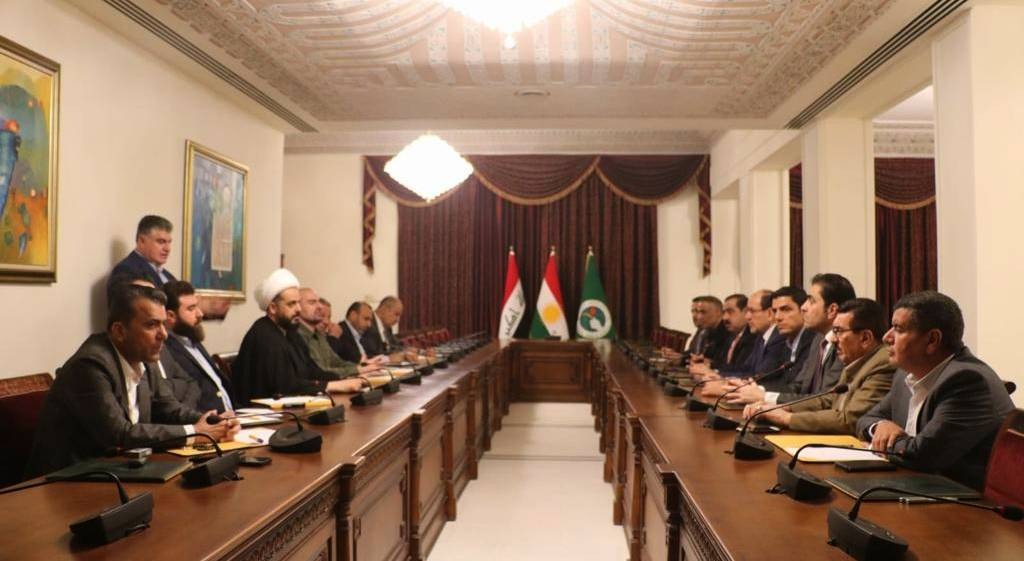 Shafaq News / The Coordination Framework (CF) held a meeting with the Azm coalition and the Patriotic Union of Kurdistan (PUK) today, Monday.

A statement by Azm coalition said that the "important" meeting was held at the residence of the late President, Jalal Talabani, to discuss the latest political developments in the country.

The meeting stressed the need to put all efforts to form a new government and address the crises the country is going through.

Pictures from the meeting revealed the absence of the member of the CF, Hadi al-Ameri.

The Sadrist movement's decision to renounce the election victory and withdraw from the political scene continues to roil its Shiite rivals, the Coordination Framework, with fresh brushes impeding the formation of a new government.

"Al-Ameri's camp wishes to dissolve the parliament and hold a new election for they refuse to form a government without the Sadrist movement, but al-Maliki does not share their affection for al-Sadr," the leader who preferred to remain anonymous said.

"The Coordination Framework leaders will convene later today, ahead of a meeting with al-Azm and the Kurdistan Democratic Party (KDP), to ponder the cons and pros of dissolving the parliament and come up with a unified position," the source added.

Iraqi lawmakers embrace Barzani's vision for the next government

CF discloses details of its meeting with Azm coalition