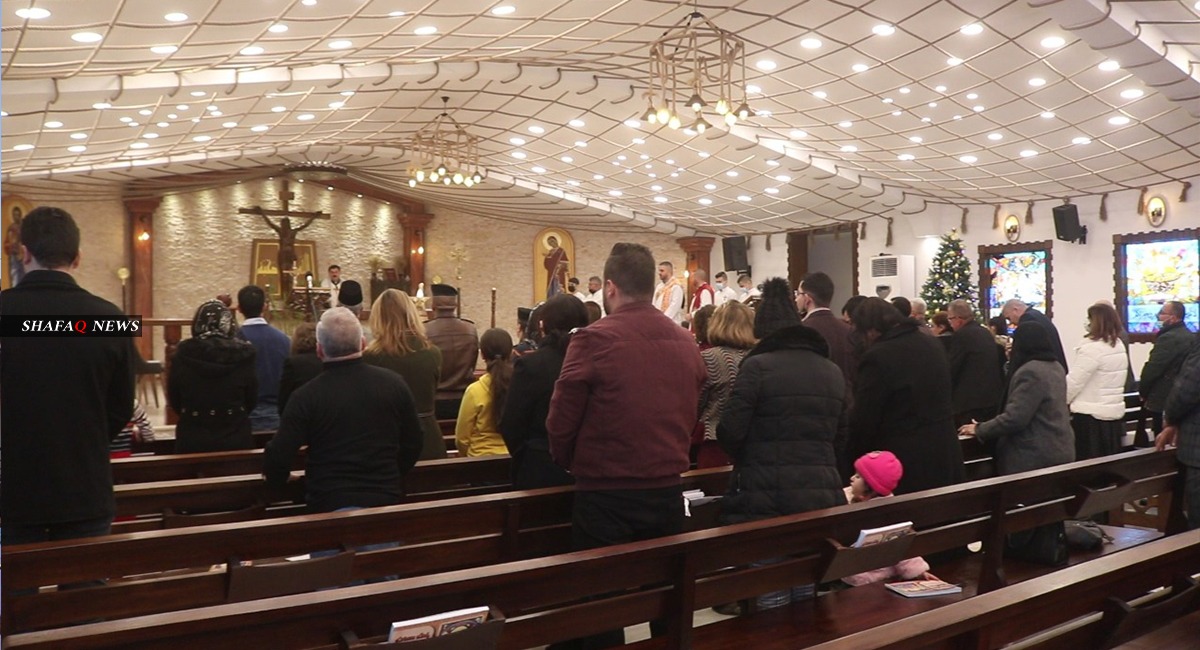 As part of strict measures against the Corona pandemic, fewer Christians participated in a mass on Christmas in the city of Mosul. Shafaq News Agency correspondent said.

He stated that Bishara is the only church that marked Christmas in the city.

“I wish all displaced Christians to return to Mosul, the situation becomes more stable, and no matter what happens, Mosul will remain our city and Iraq is our Iraq.” Nagham Seif, one of Mass attendees who recently returned to Mosul said.

For his part, Nineveh Police Commander, General Laith Al-Hamdani who also attended the Christmas mass, told Shafaq News Agency, “today Mosul is one of the safest cities in Iraq, and we hope Christians will return to it as soon as possible, they are an essential component of The Governorate.”

As for Father Tabet "since the liberation, only about 60 Christian families have returned to live in the City so far."

Until the fall of Saddam Hussein in 2003, about 45,000 Christians lived in Mosul, their numbers kept dwindling, and the Christians who were left fled the area when ISIS took over in June, 2014.

Iraqi Prime Minister Mustafa Al-Kadhimi also attended yesterday a mass held on the occasion at Our Lady of Salvation Church in Baghdad.

A statement by Al-Kadhimi office "Christian -Islamic brotherhood has always been a prominent example of the unity of the Iraqi people, and that Iraq is one family where there is no place for sectarianism.”

Iraq is home to many different eastern rite churches, both Catholic and Orthodox, traditionally a sign of the country’s ethnic and religious diversity.

But war and sectarian conflict shrank Iraq’s Christian population from 1.5 million to about 400,000 after the U.S.-led invasion in 2003. Following the onslaught ISIS in 2014 and the brutal three-year war that followed their numbers have fallen further, though it is not known exactly by how much.

Iraq declared victory over the militants more than a year ago, but the damage done to Christian enclaves on the Nineveh Plains has been extensive.

Earlier this month, the Iraqi parliament approved the birthday of Jesus Christ (Prophet Issa) as an official yearly holiday.