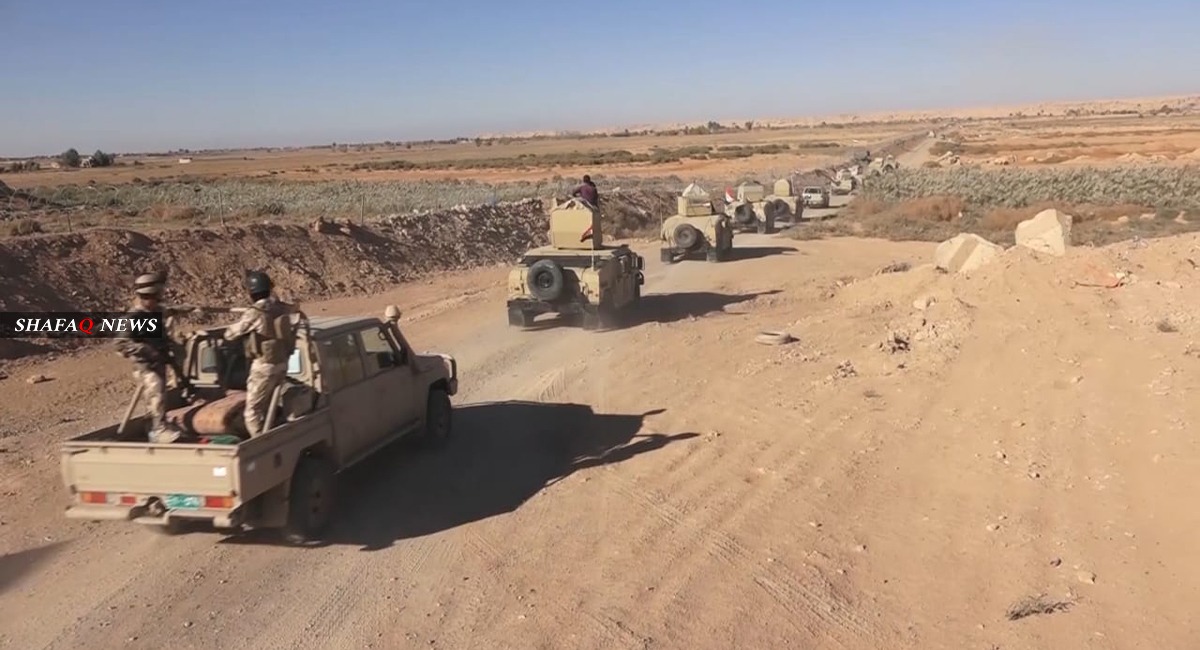 Shafaq News / The official spokesman for the Joint Operations Command, Major General Tahseen Al-Khafaji, revealed that "amazing results" have been achieved for a large-scale military campaign, hours after launch it today.

Al-Khafaji told Shafaq News agency, "The results of the campaign are very impressive, as several ISIS Madhafas have been destroyed, and several terrorists were arrested."

"The operation has two goals, the first is to develop a strategic plan to control the border operation sectors between Baghdad, Samarra and al-Anbar, while the second is to secure the Fallujah-Samarra road, which will be opened soon."

Al-Khafaji pointed out, "The Iraqi army and al-Hashd al-Shaabi participated in this operation, with the support of the air force and the army's aviation. The operation will last for several days, until the required objectives are achieved."