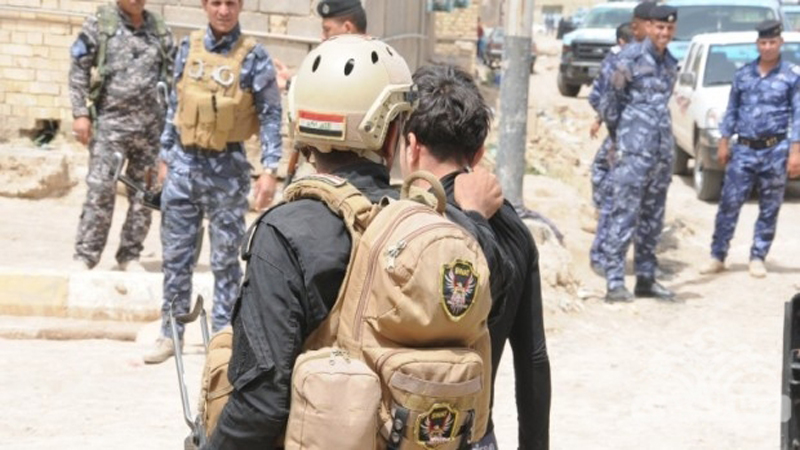 Shafaq News / The intelligence agency reported that two ISIS terrorists had been arrested in Baghdad, indicating that they were accused of their participation in committing a massacre inside Al-Jumhouri Hospital in Nineveh Governorate.

In a statement, the agency said that the arrested also participated in other terrorist attacks against the security forces and the citizens during the organization’s control of the governorate.