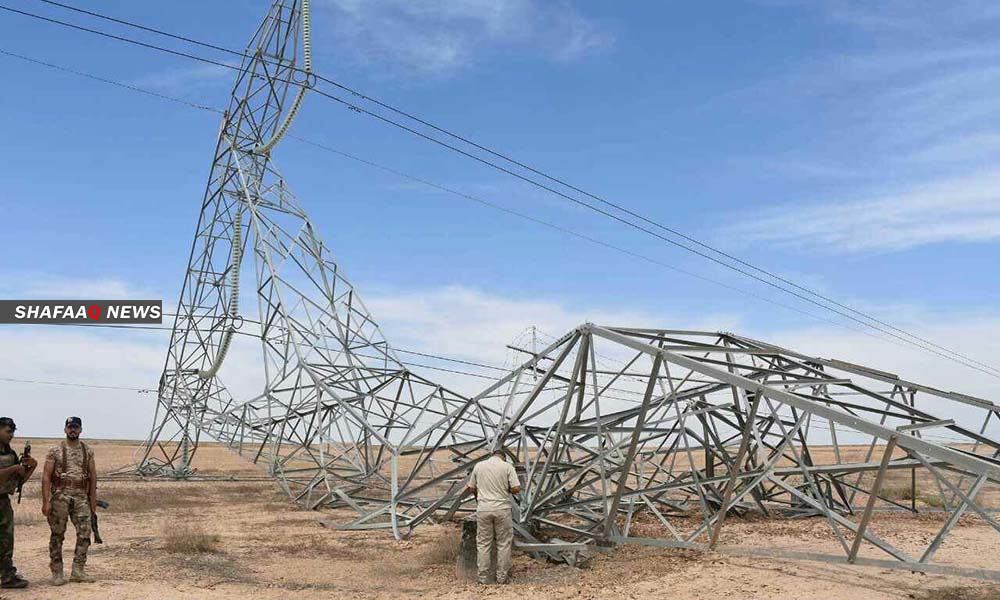 A source told Shafaq News Agency that a group of ISIS operatives targeted this morning two power transmission towers near the village of Omar Kan in al-Namroud sub-district.

"The explosion caused major damage to the two towers," the source said, "this is the second attack of its kind this month."