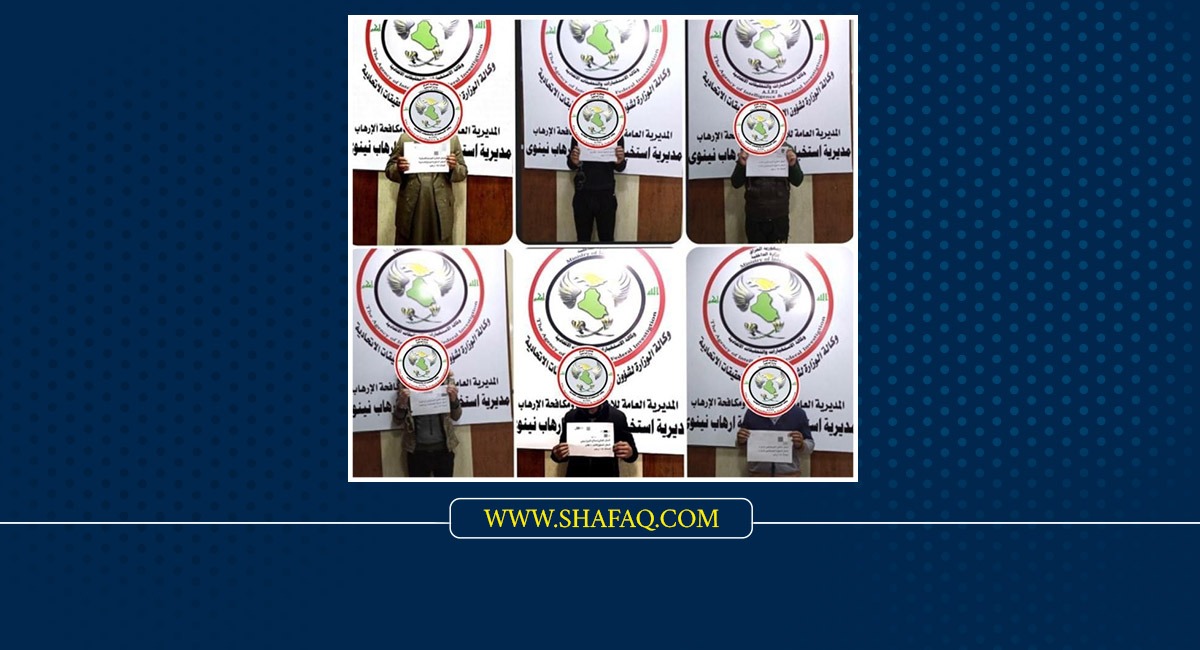 Shafaq News/ ISIS members were arrested on Monday in Nineveh Governorate, according to the Iraqi Intelligence Services.

The Agency said in a statement that in separate security operations, 15 ISIS militants were arrested in Nineveh, adding they worked in the so-called "Tigris (Dijlah) Sector, Diwan al-Jund, public camps, the al-Furqan and al-Bilawi divisions, and the Islamic police."

Among the detainees are the terrorists Abu Anas, "Abu Qutada and "Abu Al-Baraa.

The Intelligence reported that they admitted affiliation to ISIS and participation in several operations against security forces and civilians before the liberation operations in 2017.

Meanwhile, a source in Nineveh said the security forces had found a car bomb of ISIS war remnants under house rubble in Al-Kindi neighborhood on the left side of the city of Mosul.

The source told Shafaq News Agency, that the engineering division is currently dismantling the car outside the city.