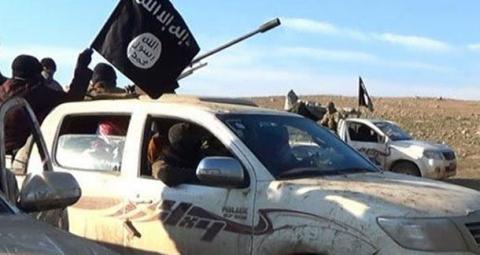 Shafaq News / A senior security source in Diyala revealed that a new "ISIS governor" has been appointed to manage the organization's operations in the outskirts of Khanaqin district.

The source told Shafaq News agency, "special intelligence and security detachments are chasing the terrorist and the ones cooperating with him", noting, "ISIS prepared a plan to strike the disputed areas between Diyala-Kirkuk, as well as Diyala and the borders of Kurdistan, during a security meeting in one of the western governorates."

Khalil confirmed to Shafaq News agency, "Most of the families who returned to Jalawla need a security check of their records by the intelligence and security agencies to prevent the return of ISIS terrorists."

Jalawla and the outskirts of Khanaqin have been witnessing for three years unprecedented attacks and security incidents due to the security gaps left by the withdrawal of the Peshmerga forces after the Kurdistan Independence referendum, amid information that the Peshmerga will return to participate in the coordination and security file for the disputed areas in Diyala and other governorates.