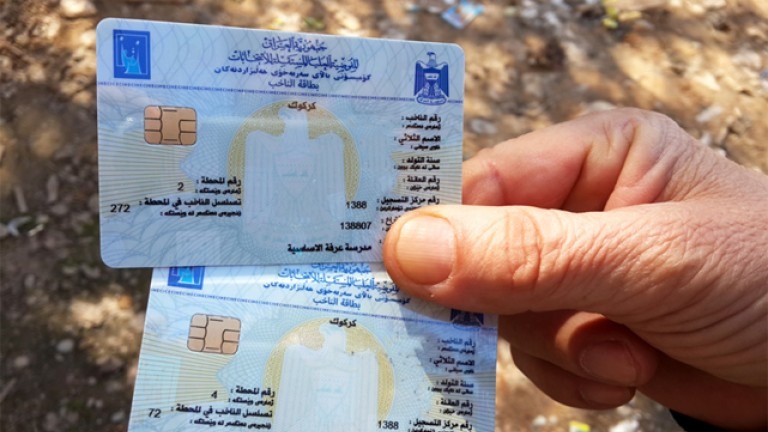 Shafaq News/ The High Electoral Commission announced that nearly 70% of the electoral cards were received by voters throughout Iraq.

The assistant spokesperson for the commission, Nibras Abu Soda, told Shafaq News agency, "The number of electoral cards that were distributed to voters amounted to about 70% of the number of eligible voters in all Iraqi governorates."

She said that the distribution rates varied between governorates, as Wasit governorate recorded the lowest rate, while Nineveh had the highest one.

Abu Soda added that 80% of the cards were distributed to the members of the security forces, stressing that all security forces members in Nineveh have received their cards.

"The number of biometric cards that have been recently updated has reached 1,700,000, which is equivalent to about 70% of the number of those entitled to vote throughout the governorate," said Sufian al-Mashhadani, IHEC's office's media official.