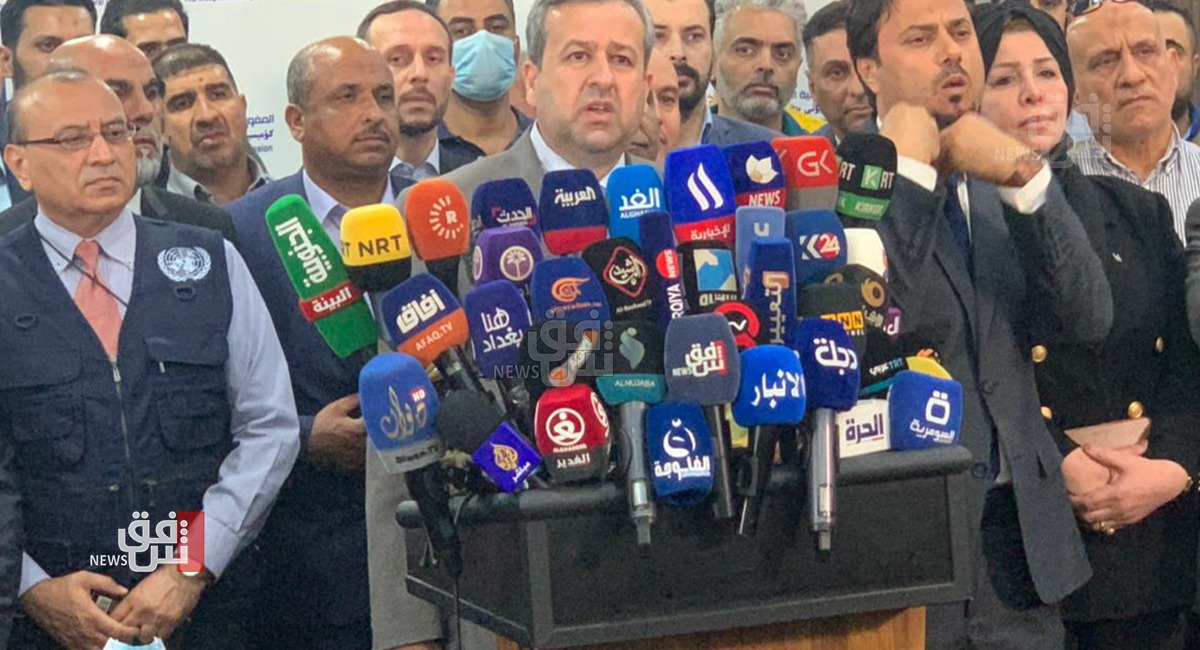 Shafaq News / The High Electoral Commission confirmed that the election results will be soon announced.

The Chairman of the Board of Commissioners, Jalil Adnan Khalaf, said in a press conference that IHEC is determined to fairly complete the electoral process.

Khalaf added, "the announcement of the preliminary results of the elections and the voters' turnout will be quick."

"We took the initiative today to report the technical defect, which was immediately addressed", he added.

The Chairman of the Board of Commissioners hoped that the results of the elections will satisfy the Iraqi people and the political forces, noting that the United Nations Mission in Iraq will present a detailed report on the Iraqi elections, within thirty days.

Khalaf concluded his speech by thanking the Supreme Judicial Council, the Supreme Security Committee for Elections, international and European observing teams, and the media, for their contribution to "the success of the elections."