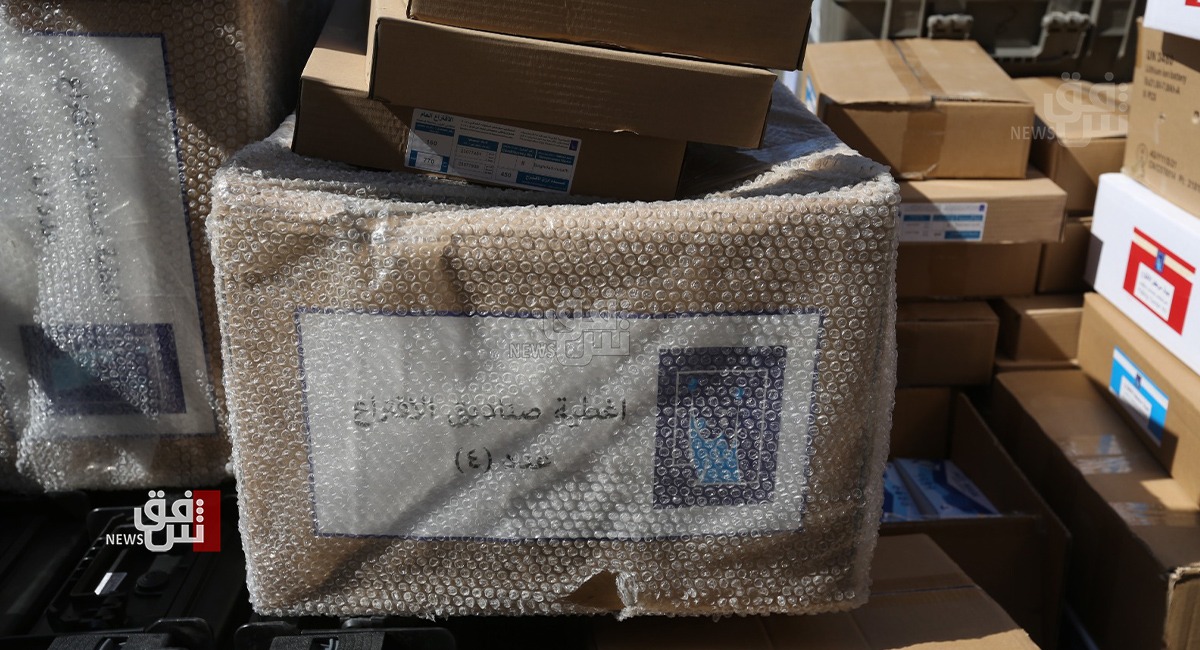 Shafaq News/ The Chair of the Independent High Electoral Commission (IHEC), Jaleel Adnan Khalaf, said on Sunday that the Electronic Voting Machines (EVMs) "dysfunctioned" and did not "malfunction", stressing that all EVMs are back on duty.

In a press conference he held earlier today, the chair of IHEC's board of Commissioners said, "only a few EVMs dysfunctioned because of human errors."

"All the devices are functioning properly now. There are no dysfunctions and the plan is running as devised," he said, urging the citizens to head towards the voting booths and cast their ballots.

Technical problems on the morning of the election day brought Electronic Voting Machines (EVMs) down in Hammam al-Alil sub-district in Nineveh, which impeded the voting process.

Locals told Shafaq News Agency correspondent, "more than three thousand voters in this center are forced to use a single ballot station because all the machines, except for this one, are malfunctioning."

Many voters are heading back to their homes, locals said.

The Independent High Electoral Commission's office in Nineveh said that the complaints were reported, and maintainance works are underway.

"We have 140 teams in the governorate. The issue will be resolved as fast as possible," he asserted.

Shafaq News Agency correspondent to Najaf said that 30 ballot stations are out of service due to EVM malfunctions in the sub-districts of al-Manathera, al-Haydariya, and al-Heera, in addition to al-Jdeidat neighborhood in Najaf district.

Our correspondent said that all the EVMs are not functioning in a center in al-Qadisiyah sub-district in Najaf.

Observers in the governorate reported flagrant violations in the ballot centers of Hay Maysan school and the School of Martyr Naim Naffakh. They told Shafaq News Agency correspondent that some parties exert pressure upon the voters near the ballot centers.

The observers called on the security authorities to address those violations that affect the course of the election process.

Voter turnout rates in Diyala -particularly in major cities- lack momentum, according to observers in the governorate.

Field observations made by Shafaq News Agency correspondents reflected poor voters' turnout throughout the disputed governorate, except for Khanaqin, where the citizens exhibited a better appetite for casting votes.

According to our correspondent, EVMs in some ballot centers in Khanaqin and Baquba broke down for unknown reasons, and IHEC teams are troubleshooting the issue.

"More than 50,000 persons are eligible to vote in al-Habbaniyah. Ballot centers are 16, distributed throughout the district," he continued.

Leaks from the district revealed that nine EVMs, from a total of 11, in the eastern Hasiba territory, are not in service under the pretext of a password change that requires resending the password from Baghdad.

When asked about this issue, Daoud said, "I knew about it from social media, but I have no information about its credibility. I need to look into the situation before making any statements."

The local official asserted, "so for, no violations to the election code have been reported until the moment. Security control and compliance with the instructions of IHEC are on point."

Since 0700, voters headed to the polls to elect a parliament that many hope will deliver much needed reforms after decades of conflict and mismanagement.