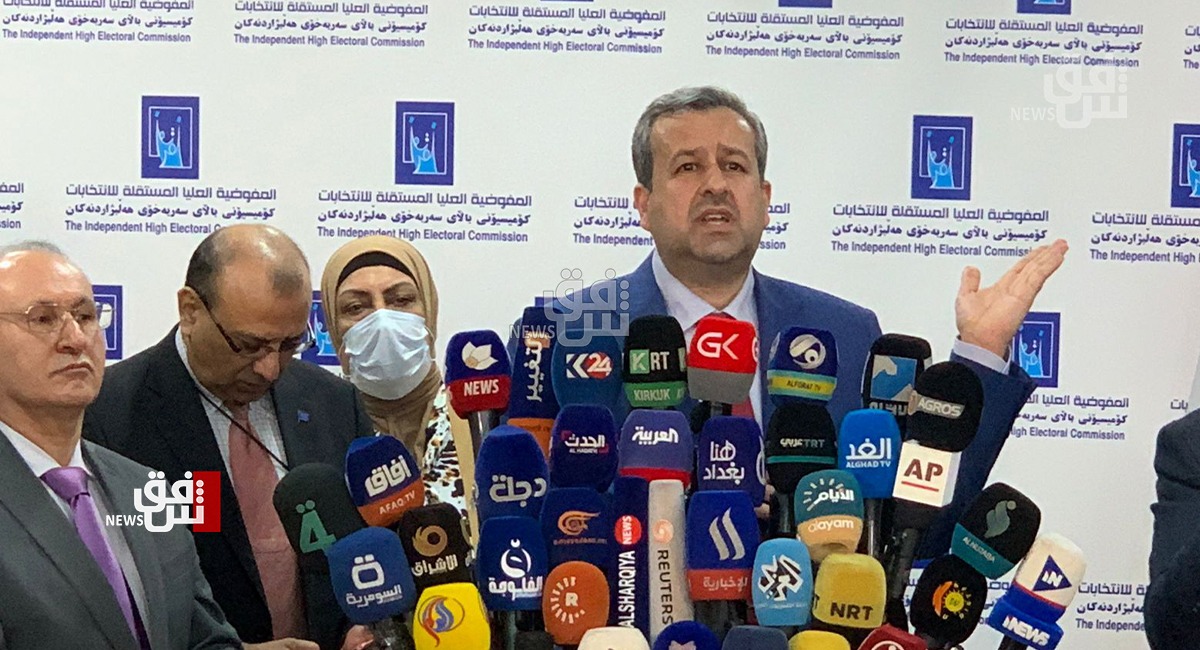 Shafaq News/ Ballots cast in more than 3,000 voting centers will be counted manually due to technical dysfunction in the Electronic Voting Machines (EVMs) on Sunday.

In a press conference he held earlier today, the chair of the Independent High Electoral Commission (IHEC), Judge Adnan Jalil, said, "tomorrow or the day after tomorrow, the ballots of 3,100 voting centers will be count manually and the tolls will be added to the announced results."

"The candidates have the right to challenge the announced results within free days," he asserted, "all the resolutions of IHEC are subject to appeal."

Leading Shiite parties in Iraq have announced their collective rejection of the results in Sunday's parliamentary elections after the initial evidence appeared to suggest a collapse in their vote share.

Al-Fatah alliance, which is composed of supporters of the country's al-Hashd al-Shaabi (Popular Mobilization Forces-PMF), in particular denounced the results as "fabricated" while one armed faction appeared to threaten violent action in response.

Late on Monday evening, a meeting was held at the home of former prime minister and leader of the State of Law bloc Nouri al-Maliki, which was attended by most of the leaders of the Shia political forces and the leaders of the Iran-backed armed factions, where they discussed how to respond to what they deemed a "coup" by Sadr, backed by a "British-American plot".