I.G.S investigates a geological phenomenon that sparked fear in Najaf 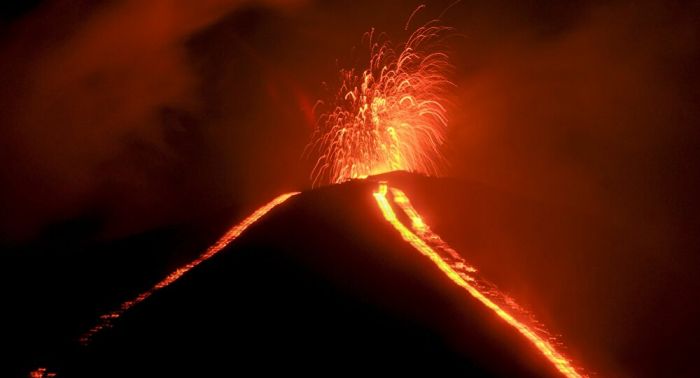 Shafaq News / The Director-General of the Iraqi Geological Survey (IGS) of the Ministry of Industry and Minerals, Ali Wanas Al-Jurani, announced on Saturday that a field team from the Authority has investigated the phenomenon of subsurface fires in the Al-Rehban area in Najaf Governorate.

Al-Jurani said in a statement received by Shafaq News agency, "a team from the authority conducted an exploratory tour to the aforementioned area, during which it discovered this phenomenon in Al-Rehban area within a narrow strip in an old orchard located about 40 kilometers to the northwest of Najaf Governorate", explaining that, "there are cracks from which fumes and smoke emanate as a result of sub-surface fires that seem to be visible as volcanic events. This phenomenon spread fear among the citizens of the governorate

This phenomenon first occurred in 2010 and it has occurred several times since then, including in 2018. The staff of the authority have followed this phenomenon since its inception and presented a lecture in the governorate that included an explanation and analysis of this phenomenon, which was spread over areas larger than it is now and within the same region

rani added, "The area is located within the Abu Jir fault that extends from the southeast to the northwest and has a wide range of faults and cracks spread within its boundaries. This region is still tectonically active to the present time

According to field data, volcanic activities within this region is not possible because it is far from tectonic environments that generate these activities. Therefore, this phenomenon does not represent any volcanic activities and that the optimal conclusion is the existence of two main factors. The first is the presence of hydrocarbon pools at deep depths and the result of movement activity  The system of faults within the region causes the escape of light gases (methane gas), which is easily combustible due to high temperatures in summer, as the increase and continuity of fires depends on the presence of some heavy hydrocarbon materials (bituminous substances) at shallow depths as well as the spread of plant roots is this region. The second and important factor is the decreased groundwater level in the region due to the drought seasons, especially in recent years. This coincided with the first appearance of this phenomenon around 2010 and the team suggested conducting chemical analyzes to determine whether the carbon component was plant or animal to determine the origin of the phenomenon more precisely".

The Governor of Najaf, Louai Al-Yasiri, announcedearlier that a "large"  oil field was discovered in Al-Rehban area.

of fire emerging from land cracks in Al-Rehban, southwest of Najaf in Iraq, went viral on social media and sparked panic and fear of the generation of lava