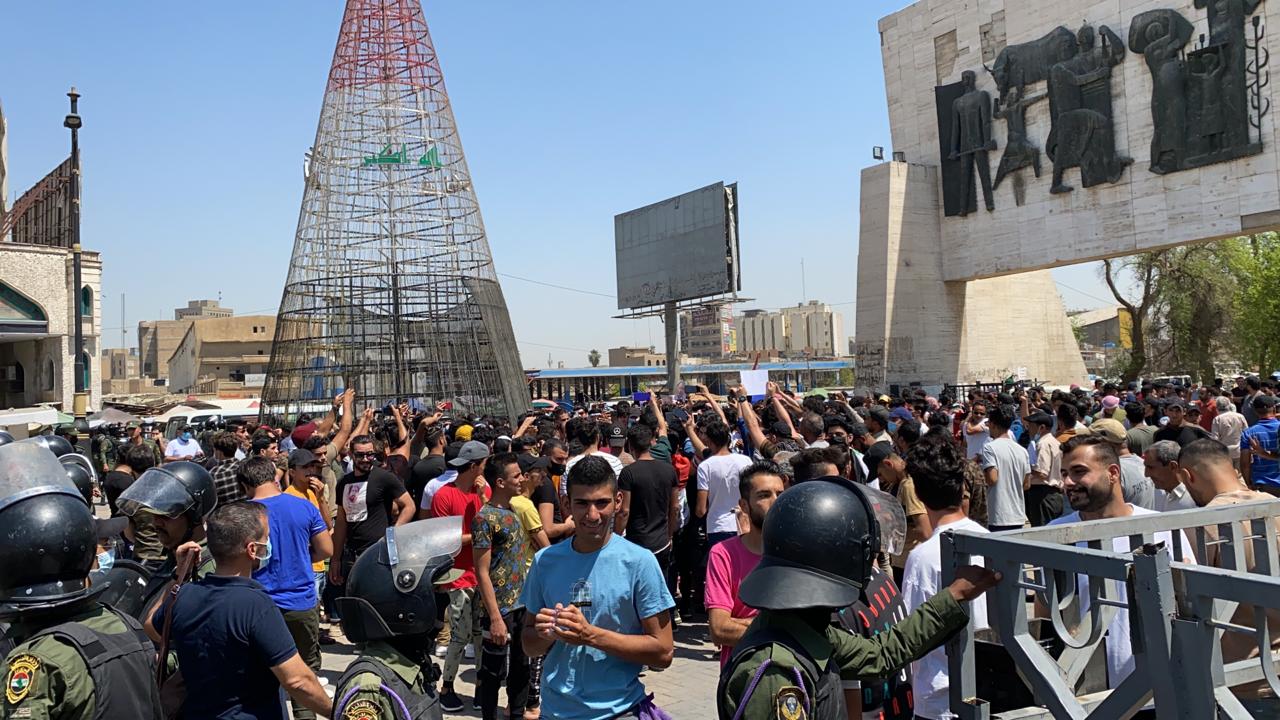 Shafaq News / Hundreds of protesters, calling to reveal the killers of their colleagues, flocked, on Tuesday, Baghdad squares.

Shafaq News Agency Correspondents reported that the protesters stormed three main squares in Baghdad the Tahrir Square, Nisour Square, Firdos Square chanting and holding slogans “Who killed me?” in demand to reveal the killers of protesters and Social activists.

350-400 members of the law enforcement forces have deployed intensively in the vicinity of the squares, while the Federal Police imposed a security cordon.

The emergency police were also deployed in the areas.

It is noteworthy that human rights groups have reported the enforced disappearances and unlawful killings of dozens of activists, journalists, lawyers and other civil society members in Iraq, especially since the start of the 2019 protests.

Prime Minister Mustafa al-Kadhimi, who took office in May 2020, has repeatedly pledged justice for activists killed or abused.