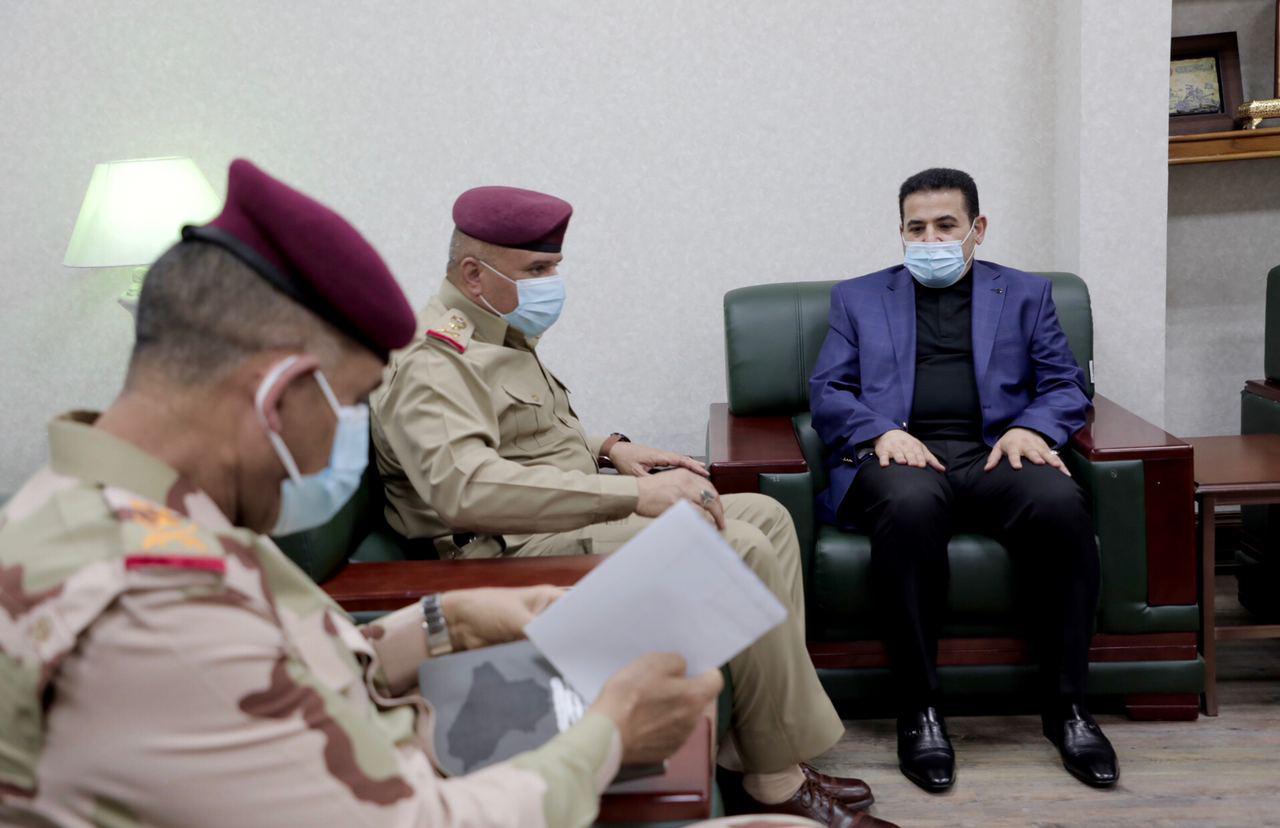 Shafaq News / The Iraqi National Security Adviser, Qassem Al-Araji, stressed on Tuesday the importance of protecting the country's borders and maintaining "high preparation" to prevent attempts to infiltrate and cross into the borders.

Al-Araji's office said in a statement received by Shafaq News Agency, "the National Security Adviser, Qassem Al-Araji, met today at the headquarters of the Joint Operations Command, with the Deputy Commander of Joint Operations and the Commander of Baghdad Operations, and held an important meeting in this regard", indicating that this came, "in implementation for the directives of the Prime Minister and Commander in Chief of the Armed Forces, and following the decisions of the National Security Council".

The statement said, "during the meeting, the security challenges and the performance of the security forces in all operational sectors were evaluated, to combat terrorism, impose security and law enforcement, and pursue the remnants of ISIS terrorist gangs".

Al-Araji stressed, according to the statement, "the importance of keeping the borders and high preparedness to prevent any attempt to infiltrate and cross into the Iraqi borders".

For his part, the Deputy Commander of Joint Operations gave an explanation of the most important current security activities. In the same context, Baghdad Operations Commander briefed the readiness of the security services and their plans to protect citizens and pursue terrorism and organized crime, according to what was stated in the statement, which indicated that Al-Araji concluded the meeting by emphasizing commitment to directives of the Commander-in-chief of the armed forces, regarding protecting citizens, public and private interests, as these are the responsibility of the state.