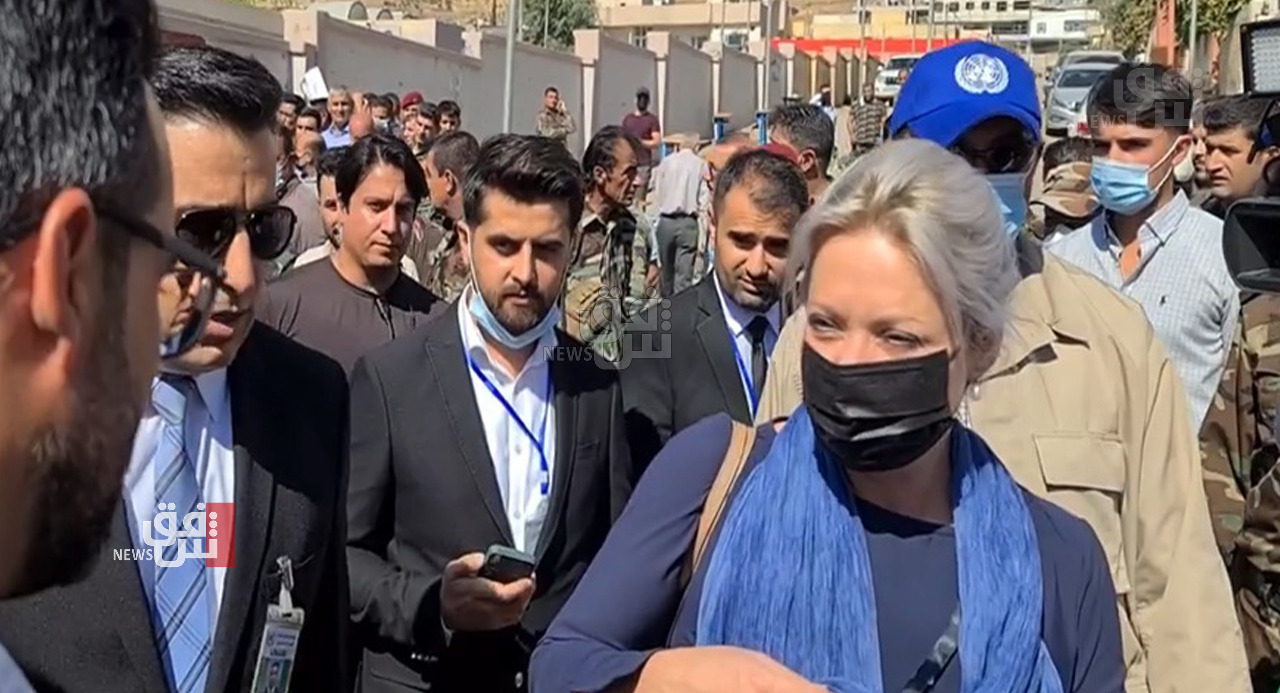 She refused to comment on the special voting process until “the elections end in the special and public polling.” She said.

The UN special envoy confirmed that she visits the electoral centers to observe the process only.

Earlier, Hennis-Plasschaert said on Twitter, “On Election Day, Iraqis should have the confidence to vote as they please, in an environment free of pressure, intimidation, and threats. We once again call on all parties to respect the freedom of any Iraqi to cast their ballot for candidates of their own choice.”